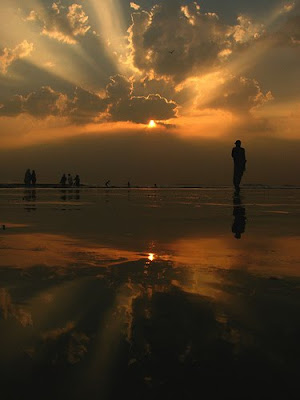 Being in what some people call the Autumn of ones life (I think it is more like deep December, really) I have been wonder about things that happened in my life. One of the things that has me stumped is ‘When…’

When did I stop playing on the front porch and start playing in the backyard? Was it a specific day; gradually, one step in and out or just walked out and played? My next-door neighbor had chickens in the back yard. Was that what pulled me off the porch?

When did I stop running and started to walk? I use to walk out the door (no running it the house) and within three steps would be running full speed down the road. When did I stop? Was it a gradual thing or did it happen overnight. When I turned 13 and was too cool to run? I don’t know.

When did I stop riding my bicycle? My most favorite Charismas present of all time was my bicycle. I was eight years old and the bike was a 26 inch monster that, when I stopped and had to put my foot on the ground, my right knee was up next to my ear. Did I just lay it down one day and not pick it up again? Why?

When did it become too dangerous to ride my bike in the road? I was raised on Bolton Road in NW Atlanta - before I-75, I-20, I-285 and any road with more than two lanes. Bolton road was a major artery to I-41 (now just a highway with malls and Wal-Mart’s and Home Depot’s lining the road. But back then Bolton Road was a very busy truck route and I walked and ran up and down the road, rode my bike in and out of the traffic daily - and get this, without a helmet. Cars would pass us at 35 mph and be within three feet of us. No one ever got hit by a car. Now kids aren’t allowed out of the cul-de-sac. When did it change? I never knew anyone who had head injuries from falling off a bike. We knew how to step off the bike if it went down. I did hear of broken arms and legs from falling off bikes, running into trees, bushes or street signs, but no head injures. But I also heard of broken arms and stuff from falling out of trees and playing sports and stuff, too. I liked my bike riding era better than today’s riders.

When did I first notice girls were different and not a play buddy? I remember playing Roy Rogers and Dale Evans (I was Roy, by the way) with my neighbor three houses up, Susie Cowart. I remember having these strange feels and wanted to see her naked. So under the house we went and examined each others parts. Didn’t know exactly what to do, but I knew I liked it. She was 5 and I was 6. We tried this several time…till we got caught. We didn’t get to play much after that. But that was just her. I didn’t wonder about other girls till much later. But did I wake up one Tuesday morning and think, damn girls are nice? Wonder what’s up that dress? And why am I hard in the mornings when I wake up…and sticky? What was that dream about???

When did it not be accepted and cool to take a girl on a date riding the streetcar (that was before we had busses)? You had to have a car. I remember taking the bus to the Rec Center in Grove Park (about 10 miles away) but not be able to really get serious with a girl because I didn’t have a car to take her to outside? Before, because of WWII and then Korea, teens dated by using the streetcar, trolley and busses, (depending on what part of town you lived.) But one day it wasn’t cool to ask someone out and meet her at the bus stop anymore. Was it a Friday, or a September… When?

When did I realize I wasn’t afraid of girls? Like many boys before me, when I was at the movies and I had a date or just met some friends at the Saturday matinee, I would pretend to stretch and let my arm come down around her shoulder? The look on their faces let you know you were a dork. So then I just did it. When did I get so brave….11:00 on a Saturday morning? And when did I learn that, with your arm around their shoulder you hand was in the perfect position to feel her boob? Soar ribs from the elbow, but, damn they felt good.

That was just the beginnings of life. There are plenty of ‘When’s' in my adult life, too, such as when did it not become important for me to be in front of every fucker on the road - had to pass everyone. When did it become less important that I always had to be right (or that I am still right, just not worth arguing about it?) When did it happen that no one listens to me or care what I have to say? And more recently, when did I realize that I am old and useless and lonely and stuff?

You ever wonder ‘When’? No! Okay, I guess I am still a dork.

Is this your original?
I love it.

I have similar thoughts -- especially as I watch my grandchildren who run and play like faerie sprites and hardly stop to eat.

Adds to the teary face the other day, I guess.

Yes, Pam. This is an original. I have always been the one to ask the dumb questions, but this has intrigued me for a while, now. When and where did it all go? Sometimes it makes my eyes sweat thinking about it, too.

You know you can go down to Wal-Mart and by a bike...you might need training wheels.
People thought is was funny, when I was about 40+ years old, and the Police Dept decided we needed to actually send police officers to a course to learn how to ride a bicycle. I spent a whole week really learning...and I was the oldest cop in the course.
After the first day, half the class quit.
Me, being a dumbass, continued onward...breaking a rib the 3rd day, but still not giving up.
Now I can ride up and down stairs, knock down criminals when they try to run away (skid out using the rear wheel to knock them off their feet) and all kinds of coolshit.
but police Motor school was even more fun. We were required to crash a motor at least once a day during the school.
I wrecked 3 bikes,,,good thing they were the Kawi KZ1000.
Oh well, "When" do I get to retire.

I actually bought another bike two years ago. (It is true about "riding a bicycle. You never do forget) It was fun and I did feel like a kid about. YOu need to get you and the love of your life one.

CI Dude, you make it sound too fun. I wonder if I could get away with that shit too.

Christine, If I ever do get a love of my life I will get more than a bicycle - tho that would be nice too.

ps. You know my husband is an avid biker.

He rode his bicycle around the Olympic Peninsula the week of the 10th.

For the past 7 years he rode STP which is Seattle to Portland (206 miles) in one day.

He loves his wheels.

I'd have to say, you're not useless. You've made the surgery staff at a lonely outpost in Afghanistan very happy.

You've given shoes and clothes to children you've never met.

Those are all useful things, yanno.

I'm sure you've heard that you're only as old as you think you are.

Marni and Red, Thank You. That is a compliment coming from two great writhers.

Kanani, I though we agreed not to talk about that. ; )

Ok...you all inspired me. I'm getting a bike. I sold mine when I moved.
I miss my bike and those nice long rides.

Great post! It made me think back to the 2-step dance lessons we were forced to endure in 8th grade.

As soon as I placed my right arm around that girl's back .. my member became embarrassingly rigid.

Fortunately .. it takes a little more than that nowadays.