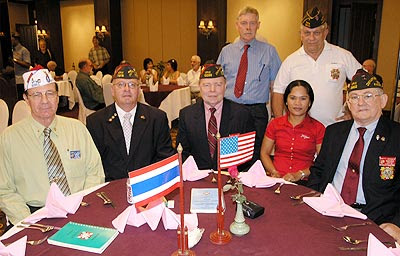 New Direction for any war: Send Service Vets over 60!

I am over 60 and the Armed Forces thinks I'm too old to track down terrorists. You can't be older than 42 to join the military.

They've got the whole thing ass-backwards. Instead of sending 18-year olds off to fight, they ought to take us old guys. You shouldn't be able to join a military unit until you're at least 35.

For starters: Researchers say 18-year-olds think about sex every 10 seconds. Old guys only think about sex a couple of times a day, leaving us more than 28,000 additional seconds per day to concentrate on the enemy.

Young guys haven't lived long enough to be cranky, and a cranky soldier is a dangerous soldier. 'My back hurts! I can't sleep, I'm tired and hungry' We are impatient and maybe letting us kill some asshat that desperately deserves it will make us feel better and shut us up for a while.

An 18-year-old doesn't even like to get up before 10 a.m. Old guys always get up early to pee so what the hell. Besides, like I said, 'I'm tired and can't sleep and since I'm already up, I may as well be up killing some fanatical SOB.

If captured we couldn't spill the beans because we'd forget where we put them. In fact, name, rank, and serial number would be a real stretch.

Boot camp would be easier for old guys, too. We're used to getting screamed and yelled at and we're used to soft food. We've also developed an appreciation for guns. We've been using them for years as an excuse to get out of the house, away from the screaming and yelling.

They could lighten up on the obstacle course however. I've been in combat and didn't see a single 20-foot wall with rope hanging over the side, nor did I ever do any pushups after completing basic training.

Actually, the running part is kind of a waste of energy, too. I've never seen anyone outrun a bullet.

An 18-year-old has the whole world ahead of him. He's still learning to shave, to start up a conversation with a pretty girl. He still hasn't figured out that a baseball cap has a brim to shade his eyes, not the back of his head.

These are all great reasons to keep our kids at home to learn a little more about life before sending them off into harm's way.

Let us old guys track down those dirty rotten coward terrorists. The last thing an enemy would want to see is a couple of million pissed off old farts with attitudes and automatic weapons who know that their best years are already behind them.

Better yet, How about recruiting Women over 50 ....with PMS !!! You think Men have attitudes !!! Ohhhhhhhhhhhh my Lord!!! If nothing else, put them on border patrol....we will have it secured the first night!

This is cute, but I’ll tell you, my peeps, that if I could go I would be there right now. My fingers are nimble from years of operating the remote control, so I wouldn’t have any difficulties pulling a trigger, or pulling a pin. I can still throw a softball from centerfield to home plate. I have a Waffle House Stomach so I can take any MRE’s they throw at me. And I want to go.

I can drive anything on wheels, from a bicycle to an 18 wheeler and have plenty of experience driving in all types of weather. If needed, I can type and file and read and go long hours without sleep so that more combat ready troops can go outside the wire. And if they need to come back, I can go get them. What, do I expect to live forever? Nope!

For you combat veterans out there, I am not in any way trying to make light of the conditions over there or what you have faced our what our guys now are now facing. I’m just saying I would go if they would let me. As it is, with our leader now, I may be fighting on home soil anyway. Hope not, but you never know.
Posted by Coffeypot at 11:51 PM

Coffeypot! You found it!! This was the one I had read before and couldn't find.

As for asking for "women over 50 with PMS"... Where do I sign up? Just tell me that someone is out to hurt one of my own. It wouldn't be pretty that's for sure! That 'Mama Bear' thing, doncha know?

Glad that I got to see this again, too bad no one is listening. :(

KY W, copy it for future use. I, for one, an glad you are on our side, Mama Bear.

There's a lot of valid points in with the humor.

"There might be a little dust on the bottle, but don't let it fool you about what's inside..."

Powder, you are very perceptive. Don’t ever count us old codgers out.

Also remember, just because there is snow on the roof doesn’t mean there isn’t a fire in the furnace.

You make a lot of sense, more than most.

Us oldies are soooo wise and under appreciated.

copy it for future use. I, for one, an glad you are on our side, Work From Home

Does this mean the military would have to start issuing Geritol and Viagra with MRE's?

You used the word ASSHAT! MUAH!

There is quite a bit of truth in this one....very strong reasoning...

I'm with Daffy, anyone who uses asshat gets a smooch.

My Mom would have perfect for this about 10 years ago - she was completely psycho and her dirty looks alone could have killed.

Lots of truth to the post and I have feeling people would be surprised with how many retired military seniors would step forward if they could. Proud to serve their country once again.

Sounds like a great idea to me. Like powergirl said, it's funny - and it makes a lot of sense.

Makes sense. I'm sure lots of over 60's would like to take a few terrorists with them when they go.

except for choosing adverbs and adjectives

I would be a great asset. Now I know why I didn't use that word the first time.

Thanks TT for joining up and all, I know a bunch of over 60 dudes and dudetts who would go in a heart beat.

I forgot what I was going to say...and I'm not even 60 yet.
Oh yeah..... when I was 20, we thought:"why don't they let the disabled be soldiers? They could mount M-60s on the wheel chairs, use the blind for night fighters, send retards into battle etc."
instead of messing up those who are already healthy.
(yeah, I know I'm going to hell)

Dude, you have done your part and done enough. And I thank you. As for you going to hell...I'll save you a seat.