From A Marine Wife... 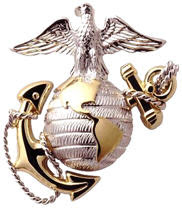 I sat, as did millions of other Americans, and watched as the government under went a peaceful transition of power a few months ago. At first, I felt a swell of pride and patriotism while Barack Obama took his Oath of Office. 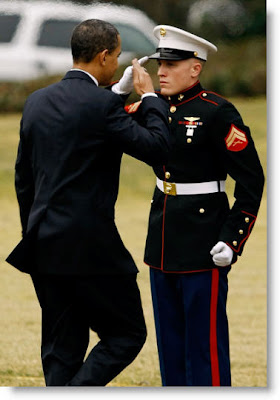 However, all that pride quickly vanished as I later watched 21 Marines, in full dress uniform with rifles, fire a 21-gun salute to the President.

It was then that I realized just how far America 's military had deteriorated.

When I was a kid, my dad took me to an Air Force ceremony for JFK's death. I watched the Airmen fire volly after volly with thier rifles.
I saw that they didn't hit shit, so I decided to join the Army.
Later, I found out they were shooting blanks.
Damn..If I'd known that, I'd joined the Air Force.

You wouldn't have made it in the AF, Dude...you don't play golf. Beside, you like to shoot guns too much.

Ahem....coffeypot, have you forgotten that AIRMANmom frequents your blog??? Be kind! (you are kinda sorta correct)
~AM

That was a surprise ending.

Omigod. I didn't see that one coming!

Airman Mom,
There's been a few times when I worshiped the Zoomies.
None of the other services could function without the Air Force.

ahahahaha! I'm with the rest of the comments, I didn't see that coming either.

As a Pround former membor of the AS Air Force,may I point out the every branch od service starts with them same 2 letter U.S.