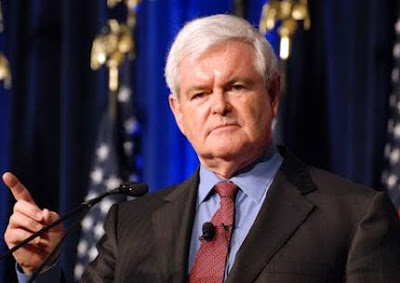 This is the most clearly stated, sensible, and historically accurate statement that I’ve read on this issue (and I’ve read a lot of them).

Statement on the Proposed “Cordoba House” Mosque near Ground Zero

Newt Gingrich (The best, most qualified man who will never be President - but should be.)

July 21, 2010 6pm
There should be no mosque near Ground Zero in New York so long as there are no churches or synagogues in Saudi Arabia. The time for double standards that allow Islamists to behave aggressively toward us while they demand our weakness and submission is over.

The proposed "Cordoba House" overlooking the World Trade Center site – where a group of jihadists killed over 3000 Americans and destroyed one of our most famous landmarks - is a test of the timidity, passivity and historic ignorance of American elites. For example, most of them don’t understand that “Cordoba House” is a deliberately insulting term. It refers to Cordoba, Spain – the capital of Muslim conquerors who symbolized their victory over the Christian Spaniards by transforming a church there into the world’s third-largest mosque complex.

Today, some of the Mosque’s backers insist this term is being used to "symbolize interfaith cooperation" when, in fact, every Islamist in the world recognizes Cordoba as a symbol of Islamic conquest. It is a sign of their contempt for Americans and their confidence in our historic ignorance that they would deliberately insult us this way.

Those Islamists and their apologists who argue for "religious toleration" are arrogantly dishonest. They ignore the fact that more than 100 mosques already exist in New York City. Meanwhile, there are no churches or synagogues in all of Saudi Arabia. In fact no Christian or Jew can even enter Mecca. And they lecture us about tolerance.

If the people behind the Cordoba House were serious about religious toleration, they would be imploring the Saudis, as fellow Muslims, to immediately open up Mecca to all and immediately announce their intention to allow non-Muslim houses of worship in the Kingdom. They should be asked by the news media if they would be willing to lead such a campaign.

We have not been able to rebuild the World Trade Center in nine years. Now we are being told a 13 story, $100 million mega-mosque will be built within a year overlooking the site of the most devastating surprise attack in American history. Finally where is the money coming from? The people behind the Cordoba
House refuse to reveal all their funding sources.

America is experiencing an Islamist cultural-political offensive designed to undermine and destroy our civilization. Sadly, too many of our elites are the willing apologists for those who would destroy them if they could.

The time to take a stand is now - at this site on this issue.

If, after reading this, you agree with it, please pass it on to others. This is the most clearly stated, sensible, and historically accurate statement that I’ve read on this issue (and I’ve read a lot of them). Why can’t we have a President as intelligent, educated, and patriotic as this former Speaker of the House?
.
.
Posted by Coffeypot at 8:37 PM

Newt was the Sarah Palin of the late80's and 90's. Though he shed his first wife for a younger one. Perhaps that's the path for Todd at some point.

Actually his first wife died of cancer while he was dating his second wife. Then he divorced her for his present wife. So all things considered, if he were a Democrat he would be a world Emperor after being President. Democrats eat that shit up and award the most deviant ones with repeat offices. And I didn’t think you had it in you to say nice things about Republicans. Sarah has so much more class than any Democratic woman in office. You hate her because she is good looking.

What he said! Couldn't have been said better, Coffey!

Oh Blog-Daddy, you really don't want me on my soap box on your site do you.

EEEE-hogs if I really got started you would need a pole-axe to knock me off of it.
But simpily put...

No Mosque next to Hollow Grounds.

No salt rubbed into a Wound that will not heal...many have forgotten..but that doesn't make it go away.

As for Newt..if Clinton can have his "hot dog" chomped on in the Oval office then I see no reason for a divorced then married man/woman to be there either.