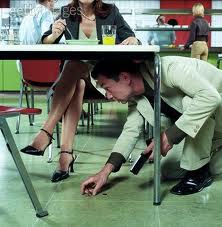 A man and woman were having a quiet, romantic dinner in a fine restaurant. They were gazing lovingly at each other and holding hands.

Their waitress, taking another order at a table a few steps away, suddenly noticed the man slowly sliding down his chair and under the table, but the woman acted unconcerned.

The waitress watched as the man slid all the way down his chair and out of sight under the table.

The waitress went over to the table and said to the woman, "Pardon me, ma'am, but I think your husband just slid under the table."

The woman calmly looked up at her and said, "No, he didn't. He just walked in the door." 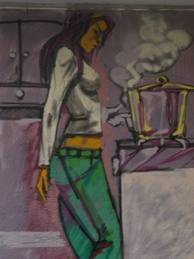 I picked up a dyslexic woman in a bar the other night and took her home. After telling her what I wanted her to do - she ended up cooking my sock! 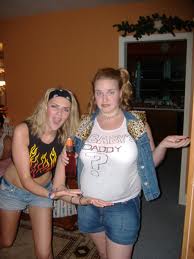 The following are (supposedly) replies that Detroit women have written on Child Support Agency Forms in the section for listing 'Father's Details,' or putting it another way... Who's your baby's Daddy? These are genuine excerpts from the forms. Be sure to check out #11, it takes 1st prize and #3 is runner up.

2. I am unsure, as to the identity of the father of my child as I was being sick out of a window when taken unexpectedly from behind.  I can provide you with a list of names of men that I think were at the party if this helps.

3. I do not know the name of the father of my little girl.  She was conceived at a party at 3600 East Grand Boulevard where I had sex with a man I met that night.  I do remember that the sex was so good that I fainted.  If you do manage to track down the father, can you please send me his phone number?  Thanks...

4. I don't know the identity of the father of my daughter.  He drives a BMW that now has a hole made by my stiletto in one of the door panels.  Perhaps you can contact BMW service stations in this area and see if he's had it replaced.

5. I have never had sex with a man. I am still a Virginian.  I am awaiting a letter from the Pope confirming that my son's conception was ejaculate and that he is the Saver risen again.

6. I cannot tell you the name of Alleshia's dad as he informs me that to do so would blow his cover and that would have cataclysmic implications for the economy.  I am torn between doing right by you and right by the country.  Please advise.

7. I do not know who the father of my child was as they all look the same to me.

8. Tyrone Hairston is the father of child "A".  If you do catch up with him, can you axe him what he did with my AC/DC CDs?  Child "B" who was also borned at the same time...well, I don't have clue.

9. From the dates it seems that my daughter was conceived at Disney World.  Maybe it really is the Magic Kingdom.

10. So much about that night is a blur.  The only thing that I remember for sure is Delia Smith did a program about eggs earlier in the evening.  If I had stayed in and watched more TV rather than going to the party at 8956 Miller Ave. mine might have remained unfertilized.

11. I am unsure as to the identity of the father of my baby, after all, like when you eat a can of beans you can't be sure which one made you fart.

OMG....absolutely hilarious. And there are actually women out there who wrote this stuff. God bless our educational system.

Where do you FIND this stuff?

You always make me laugh. Have a wonderful Friday. :)

Good way to start a Friday!

This made my morning ... sadly almost sounds like TN lol

Sadly... doesn't even surprise me. Not one bit!

Hope you had brilliant St. Patty's day and got lots of Irish Action!

Wow, too funny...sad but funny. Thanks

LOL, had to read the first one twice before I caught it. Guess I am a little dyslexic myself.