Reasons I Was Sent To Sensitivity Training 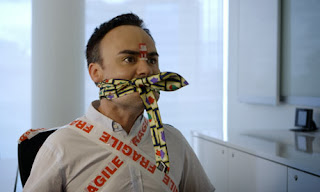 Reasons I Was Sent To Sensitivity Training:

I was devastated to find out my wife was having an affair but, by turning to religion, I was soon able to come to terms with the whole thing.  I converted to Islam, and we're stoning her in the morning!

The wife suggested I get myself one of those penis enlargers, so I did.  She's 25, and her name's Kathy.

I went to our local bar with my wife last night.  Locals started shouting "pedophile!" and other names at me, just because my wife is 24 and I'm 50.  It completely spoiled our 10th anniversary.

My son was thrown out of school today for letting a girl in his class give him a hand-job.  I said "Son, that's three schools this year!  You'd better stop before you're banned from teaching altogether."

The cost of living has now gotten so bad that my wife is having sex with me because she can't afford batteries.

My wife has been missing a week now.  The police said to prepare for the worst.  So I had to go down to Goodwill to get all of her clothes back.


The Red Cross just knocked on my door and asked if we could contribute towards the floods in Pakistan.  I said we'd love to, but our garden hose only reaches the driveway.

I think that you're sensitive.

After watching Zero Dark Thirty, I'd buy a longer hose.

You're very sensitive. You pretend you aren't. You're sweet and helpful and loving. I wish you a blessed Thanksgiving.

I read Brigid, abd a tear comes to my eye.
I read this and I'm laughing til I'm crying.
I guess I'm sensitive.