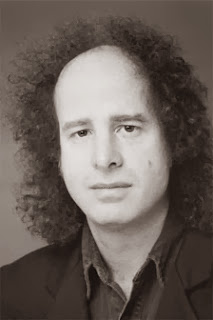 1 - I'd kill for a Nobel Peace Prize.
2 - Borrow money from pessimists -- they don't expect it back.
3 - Half the people you know are below average.
4 - 99% of lawyers give the rest a bad name.
5 - Right now I’m having amnesia and déjà vu at the same time. I think I’ve forgotten this before.
6 - A conscience is what hurts when all your other parts feel so good.
7 - A clear conscience is usually the sign of a bad memory.
8 - If you want the rainbow, you have got to put up with the rain.
9 - All those who believe in psycho kinesis, raise my hand.
10 - The early bird may get the worm, but the second mouse gets the cheese.
11 - I almost had a psychic girlfriend - but she left me before we met.
12 - OK, so what's the speed of dark?
13 - How do you tell when you're out of invisible ink?
14 - If everything seems to be going well, you have obviously overlooked something.
15 - Depression is merely anger without enthusiasm.
16 - When everything is coming your way, you're in the wrong lane.
17 - Ambition is a poor excuse for not having enough sense to be lazy.
18 - Hard work pays off in the future; laziness pays off now.
19 - I intend to live forever... So far, so good.
20 - If at first you don't succeed then skydiving definitely isn't for you.
21 - Eagles may soar, but weasels don't get sucked into jet engines.
22 - What happens if you get scared half to death twice?
23 - My mechanic told me, "I couldn't repair your brakes, so I made your horn louder."
24 - Why do psychics have to ask you for your name?
25 - Everywhere is walking distance if you have the time.
26 - A conclusion is the place where you got tired of thinking.
27 - Experience is something you don't get until just after you need it.
28 - There is a fine line between fishing and just standing on the shore like an idiot.
29 - If a person with multiple personalities threatens suicide, is that considered a hostage situation?
30 - I'm writing a book. I've got the page numbers done.
Posted by Coffeypot at 4:31 PM

Willy Dunne Wooters and I bought four bottles of champagne on sale. Guess what we're going to do tonight!

What happens if you get scared half to death twice?
You're 3/4 there.

Coffey, I really need you to send a birthday card for my (former) MIL, pretty please with sugar on top. And maybe Judy could send one, too. I still need 46 cards. Her name is Margaret. Address:

If you send extra cards, I will send you a picture of my bodacious ta-tas.