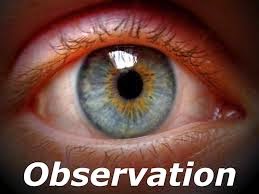 1.  “A rocket will never be able to leave the Earth’s atmosphere.” – New York Times, 1936
2.  “When the Paris Exhibition (of 1878) closes, electric light will close with it and no more will be heard of it.” - Oxford professor Erasmus Wilson
3.  “…and for the tourist who really wants to get away from it all, safaris in Vietnam.” – Newsweek, predicting popular holiday for the late 1960s.
4.  “It’ll be gone by June.” – Variety Magazine on Rock n’ Roll, 1955
5.  “The Americans have need of the telephone, but we do not.  We have plenty of messenger boys.” – Sir William Preece, Chief Engineer, British Post Office, 1878
6.  “The potential market for copying machines is 5,000 at most.” – IBM, to the eventual founders of Xerox, saying the photocopier had no market larger enough to justify production, 1959
7.  “I must confess that my imagination refuses to see any sort of submarine doing anything but suffocating its crew and floundering at sea.” – HG Wells, British novelist, 1901
8.  “The idea that cavalry will be replaced by these iron coaches is absurd.  It is little short of treasonous.” -  Comment of Aide-de-camp to Field Marshal Haig, at a tank demonstration, 1916
9.  “How, sir, would you make a ship sail against the wind and currents by lighting a bonfire under her deck?  I pray you, excuse me.  I have not the time to listen to such nonsense.” – Napoleon Bonaparte, when told of Robert Fulton’s steamboat, 1800s
10. “There will never be a bigger plane built.” – A Boeing engineer, after first flight of the 247, a twin engine plane that holds ten people
11. “The wireless music box has no imaginable commercial value.  Who would pay for a message sent to no one in particular?” – Associates of David Samoff responding to the latter’s call for investment in the radio, 1921
12. “No, it will make war impossible.” – Hiram Maim, inventor of the machine gun, in response to the question, “Will this gun not make war more terrible?” from Havelock Ellis, an English scientist, 1893
13. “If excessive smoking actually plays a role in the production of lung cancer, it seems to be a minor one.” – W.C. Heuper, National Cancer Institute, 1954
14. “There is no reason for any individual to have a computer in his home.” – Ken Olson, president, chairman, and founder of Digital Equipment (DEC), in a talk given to a 1977 World Future Society meeting in Boston
15. “No one will pay good money to get from Berlin to Potsdam in one hour when he can ride his horse there in one day for free.” – King William I of Prussia, on trains, 1864
16. “Televison won’t last because people will soon get tired of staring at a plywood box every night.” – Darryl Zanuck, movie producer, 20th Century Fox, 1946
17. “The horse is here to stay but the automobile is only a novelty – a fad.” – The president of the Michigan Saving Bank advising Henry Ford’s lawyer not to invest in the Ford Motor Co., 1903
18. “Everyone acquainted with the subject will recognize it as a conspicuous failure.” – Henry Morton, president of the Stevens Institute of Technology, on Edison’s light bulb, 1880
19. “X-Rays will prove to be a hoax.” – Lord Kelvin, President of the Royal Society, 1883
20. “I think there is a world market for maybe five computers.” – Thomas Watson, chairman of IBM, 1943
21. “Rail travel at high speed is not possible because passengers, unable to breathe, would die of asphyxia.” – Dr. Dionysiurs Lardner, 1830
22. “Reagan doesn’t have that presidential look.” – United Artist executive after rejecting Reagan as lead in the 1964 file, The Best Man
23. “This ‘telephone’ has too many shortcomings to be seriously considered as a means of communications.  The device is inherently of no value to us.” – Western Union internal memo, 1876
24. “We don’t like their sound, and guitar music is on the way out.” – Decca Recording Co. on declining to sign the Beatles, 1962
25. “There is not the slightest indication that nuclear energy will ever be obtainable.  It would mean that the atom would have to be shattered at will.” – Albert Einstein, 1932

I guess the moral is to never discount any idea that seems so far out.

Now have a nice day.

Posted by Coffeypot at 2:21 AM

This makes me wonder what the women were saying at that same time! :)

Ha. Interesting. Did men say all those things? Hmm.

Yeah! All men. The women of the time were saying, "Supper is ready, dear." or "Can I get you a beer while you read your paper, honey?", or "That's alright, dear, I'll do the dishes and sweep up. You go relax and watch the television." or "Sorry I am late with supper. I was milking the cows and mucking the stables. I'll have it on the table in just a few minutes." or "I'm late again, this will make number 10."

LOL, yep never say never, because NEVER is right around the corner...

And while we were supposedly mucking out the stalls, we were secretly plotting to overcome mankind and fantasizing about having lightbulbs so we could keep on knitting and sewing after the old man went to bed.