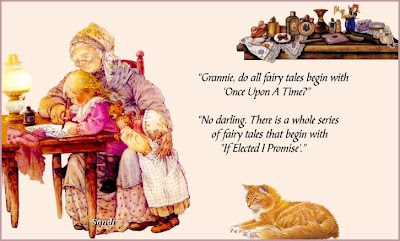 Little Bruce and Jenny are only 10 years old, but they know they are in love. One day they decide that they want to get married, so Bruce goes to Jenny's father to ask him for her hand.

Bruce bravely walks up to him and says, 'Mr. Smith, me and Jenny are in love and I want to ask you for her hand in marriage.'

Thinking that this was just the cutest thing, Mr. Smith replies, 'Well Bruce, you are only 10. Where will you two live.'

Without even taking a moment to think about it, Bruce replies, 'In Jenny's room. It's bigger than mine and we can both fit there nicely.'

Still thinking this is just adorable, Mr. Smith says with a huge grin, 'Okay then how will you live? You're not old enough to get a job. You'll need to support Jenny.'

Again, Bruce instantly replies, 'Our allowance. Jenny makes five bucks a week and I make 10 bucks a week. That's about 60 bucks a month and that should do us just fine.'

Mr. Smith is impressed Bruce has put so much thought into this. 'Well Bruce, it seems like you have every thing figured out I just have one more question. What will you do if the two of you should have little ones of your own?'

Bruce just shrugs his shoulders and says, 'Well, we've been lucky so far.'

Mr. Smith no longer thinks the little shit is adorable.

And Thanks To Mary:

A man is walking by the zoo when he sees a little girl leaning into the lion's cage. Suddenly, the lion grabs her by the cuff of her jacket and tries to pull her inside to devour her right in front the little girl's screaming parents.

The man runs to the cage, hits the lion square on the nose with a powerful punch. Whimpering from the pain the lion jumps back letting go of the girl, and the man brings her to her terrified parents, who thank him endlessly.

A reporter has seen the whole scene, and addressing the man, says: 'Sir, this was the most gallant and brave thing I saw a man do in my whole life.'

'Why, it was nothing,' said the man, 'really, the lion was behind bars and I knew God would protect me just as He did Daniel in the lions den long, long ago. I just saw this little kid in danger, and acted as I felt was right.'

'I noticed a bible in your pocket.' said the journalist.

'Yes, I'm a Christian and was on my way to a bible study.' the man replies.

'Well, I'll make sure this won't go unnoticed. I'm a journalist, you know, and tomorrow papers will have this in first page.'

The journalist leaves. The following morning the man buys the paper to see if it indeed brings news of his actions, and reads, on first page:

Posted by Coffeypot at 9:25 AM

Two good ones there, Coffeypot. i think you've shot your wad for the rest of the month.

i needed to smile... thanks!! your little cartoon is appropriate, ain't it.

Good thing he talked to those kids-- never know WHAT they're up to these days...

Finally some truth in journalism.