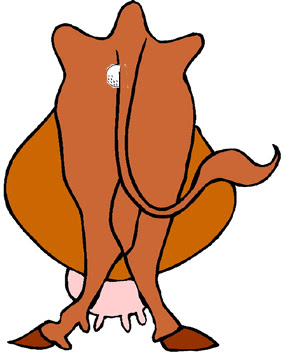 How about a weekend joke for you golfers out there.

One day John (no kin) thought he would get in a few rounds of golf alone. After a few holes he saw, just up ahead, a man playing alone, too. He thought he would ask the man if he would mind joining up and playing through together. When John ask the man, the man said in a very raspy low volume voice, “Sure! I would love the company.”

John knew his curiosity would hinder his play so he asked the man about his voice.

The man rasped out, “It happened a couple of days ago. I was playing by myself that day, too. I sliced a ball into the trees and went in there looking for the ball. Just inside the tree line was a fence with a few cows in a field and a woman waving her club back and forth in the grass looking for her ball, too. I thought with both of us looking one of us was sure to fine one or both balls much faster.”

“Makes since.” John said. “Did you find your ball?”

“Well,” the man rasped, “I did see a ball on the ground next to a cow. Just as I was walking over to check to see who’s ball it was, the cow laid down with her rump covering the ball. I didn’t know what to do. I’ve never been around cows before, so I did the only thing I could think to do. I grabbed the cow’s tail and lifted up the rump as high as I could and looked at the ball. It wasn’t mine, so I called over to the woman and asked, ‘Say lady, does this look like yours?’”

“That’s when she hit me in the throat with her nine iron.”

Posted by Coffeypot at 3:54 PM

It's an old joke, but left to hybernate for a while, it always comes back as funny!