From my friend Robyn, a true Soutehrn Bell:

Three strangers strike up a conversation in the passenger lounge in Bozeman, Montana , while waiting for their respective flights. 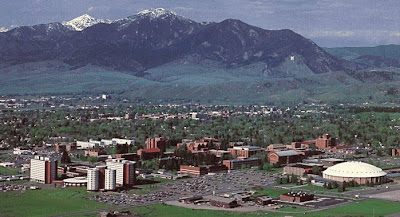 One is an American Indian passing through from Lame Deer, another is a Cowboy on his way to Billings for a livestock show, and the third passenger is a fundamentalist Arab student, newly arrived at Montana State University from Iran.

Their discussion drifts to their diverse cultures. Soon, the two Westerners learn that the Arab is a devout, radical Muslim and the conversation falls into an uneasy lull. The cowboy leans back in his chair, crosses his boots on a magazine table, tips his big sweat-stained hat forward over his face, and lights a cigarette. The wind outside is blowing tumbleweeds around, and the old windsock is flapping; but still no plane comes.

Finally, the American Indian clears his throat and softly he speaks: 'At one time here my people were many... but sadly, now we are few.'

The Muslim student raises an eyebrow and leans forward, 'Once my people were few,' he sneers, 'and now we are many. Why do you suppose that is?' 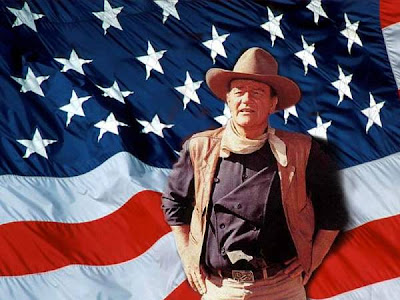 'I reckon that's 'cause we ain't played Cowboys and Muslims yet, but I do believe...it's a-comin.'

HAHAHAHA! I love that you posted this

One thing I love about you CP, I can always count on you to not be politically correct. :-)

Red, glad you did.

Christine, you damn right. Two of the worst things to ever hit the US (other than Welfare) is fostering the pc bullshit and diversity.

You know I love ya but this is what confuses people. Muslim is NOT the same as terrorist. It is a religion that some of the terrorist were. It wasn't the Muslim faith's fault they had some bad seeds. And no American Indian jokes make me laugh, it embarasses me that white people can even do that. We were the terrorist back then. :(

and I still have my sense of humor, don't worry~ I am just a factual girl ;)

Good comment, SK. BUT the Muslims have done nothing to help with fight the terrorist or denounce the Taliban, either. They are a problem and are anti- American and they will only get the respect from me that they show me. As for the Indians that everyone feels so guilty about…we did NOTHING to them that they didn’t do to themselves. They wiped out total bands of their enemies, stole their horses, enslaved their women and children, tortured their captives and took their land. We were more successful in their demise for several reasons such as we outnumbered them. We developed things of necessity while they still lived in tents. They did not try to improve their lot in life and was happy doing nothing but hunting, eating and fucking. I have no pity for them, and I am part North Carolina Cherokee.

You are right about some Muslim particularly the extremist, I do know some that live here and always have lived here of the Muslim faith and they are as heartbroken as we are about the state of things. It's more to me about throwing people into a "group" and being prejudice to all of them because of what a few have done. I know it's a scary time and hard to trust anyone though, that part is sad. The scary people are the Taliban because you can't recognize them, they may be black, white, hispanic ?? They may be your next door neighbor or your best friend, you just DON'T KNOW!!

My husband and ex husband are both Cherokee both of them had grandmothers that are full blood and I have heard first hand of some of the things that happened to them and it was not deserved. I live near a point of the Trail of Tears. Sorry I can't be objective to that one. We started it and of course they had to fight back, we wronged each other but it was not them stealing land from us. I am also of major German descent and I hate everything and anything about the Holocaust and Hitler but I know I am not to blame for it yet people hate because my grandmother's name was Misenheimer. It will never be fair and people will always have blind prejudice, that's just how it is, sadly.