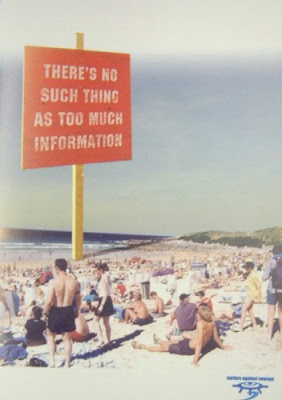 I see that some of you do a TMI Thursday deal with a picture and all. Well, I don’t do to well with rules and protocol so I will post something without the picture of the two old people fucking. Okay?

Actually there are two stories.

Back in the day, just after my discharge from the Navy, my buddy, Joe Chapman, and I were on a double date. I had just met this lovely young thing and Joe was with his girlfriend. We had gone to the movies and, being the big spenders we were, stopped at a Sonic for a late snack.

We were laughing and having a good time when I started to feel bad. I broke out in a sweat and had a pain in my lower right side. I talked Joe into taking me to my car and I was taking the young lady home early. I was hurting.

I was in a ‘55 Chevy with the shifter on the steering column (remember those?) and was trying to drive bent over. She was very nice and concerned, and wanted to say with me, but I figured if I was having an attack of appendicitis she didn’t need to be stuck at the hospital with me. I’m caring like that. Besides, I was pissed…I was planning on taping that later on that night. But nnooooo!

Anyway, I dropped her of with a promise to call her as soon as I could. I then drove to a hospital close by. The admitting nurse saw how I was hurting and sweating and stuff and sent me straight into a room. She even went with me to get all the particulars and insurance card and stuff. Gosh those were the days when medical professional actually cared if you lived or died.

Anyway, the doctor, a little oriental dude, came in to check me out. Blood pressure, temp and stuff. Then he put on the rubber gloves and brought out a jar of Vaseline and I knew what I was in for.

He had me get on my knees on the table and rammed his finger up my virgin ass. That was when the explosion started. He even jumped back and yelled, “Goddamn!”

His gloved hand and part of his white coat sleeve were covered in poop. And I felt like a blown up balloon with the air blowing out. AAHHHH!

The doctor pulled off his gloves and took off his lab coat and put it in a garbage bag and threw a wet towel across my ass and told me to clean myself up. He then walked up beside me and said, “Son, I think I have just cured you.” and walked out of the room.

I was kinda embarrassed and relieved. It’s hard to look embarrassed and smile at the same time. And I had to wait another two weeks before I got to tap that you thing. We dated for about 6 months, but we had a rocky start.

The other story is I had the girlfriend, Linda. She was my platonic friend and we ran around together for over four years. I introduced her to her present husband and she adopted a baby boy and named him after me.

Anyway, I was dating her roommate and spent most of my weekends with them. We were chilling one Sunday watching the Falcons embarrass themselves as they constantly did back then. I was on my way to the kitchen to get another beer and had to walk by Linda. I though it would be super cool and funny to fart on her as I walked by.

Just as I got even with her head I turned and got real close so she could enjoy the full aroma of a Coffeyfart. But to my surprise, I shit my pants instead. Not a rabbit turd, either. A full load a runny, baby shit soaking. She still laughs at me to this day, twenty eight years later. Bitch!
Posted by Coffeypot at 2:59 PM

I am quite certain that I believe it would be nearly impossible for anyone to surpass that from the standpoint of "TMI."

I agree with Southern (in)Sanity! You win the TMI Award!

Southern, maybe, but I have read some pretty strang stuff from others.

Erin, sorry you happened by? No telling what you will find here.

Wow - when you share you really don't hold back :D

Is it wrong of me to be pre-occupied by what on Earth ailed you that could be remedied by a finger up the ass?


Oh, and I can't help but share this nifty little nugget of wisedom; rugs are oriental, people are Asian. But seriously, I'm not the PC-police. Not by a long shot!

In the interest of "fairness in the media" you need to provide two puking stories next time.

I would have LOVED to see the look on Lynda's face at that moment, hahahha!

I think poop stories are the TMI topic of the day.

Oops, that last post was from me, Olly. Damn kid's been playing with my computer again.

Coffey, you know there's lots of lines I could use...but I laughed so hard I shitmypants.

Served you right for trying to fart on someone's head. My kids do that to each other all the time. I can't wait till one of them craps their pants instead. And then I will blog about it.

Lord have mercy....that poor woman! You deserved what you got for attempting to fart in her face. I wouldn't let you live it down...it would be engraved on your headstone for ever!

A three on the tree? Those rock!

That was some funny shit.