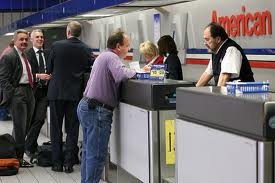 Peeps, I don’t know if any of this is really true, but if you have ever worked in an industry where you have to take calls from government types, then you know how this is easily accepted as true.
***
It seems that all people have to suffer fools. Especially those of legislators who lay claims to education and wisdom to represent their states. But they are no different from our illiterate and stupid legislators who have fake degrees and should be forgiven if they are foolish.  This is almost too good to be true; then again one never knows.
An DC airport ticket agent offers some examples of why our country is in trouble:

1. I had a New Hampshire Congresswoman (Carol Shea-Porter) ask for an aisle seat so that her hair wouldn't get messed up by being near the window. (On an airplane!)

2. I got a call from a Kansas Congressman's (Moore) staffer (Howard Bauleke), who wanted to go to Capetown. I started to explain the length of the flight and the passport information, and then he interrupted me with, ''I'm not trying to make you look stupid, but Capetown is in Massachusetts.''

Without trying to make him look stupid, I calmly explained, ''Cape Cod is in Massachusetts, Capetown is in Africa. ''

3. A senior Vermont Congressman (Bernie Sanders) called, furious about a Florida package we did. I asked what was wrong with the vacation in Orlando. He said he was expecting an ocean-view room. I tried to explain that's not possible, since Orlando is in the middle of the state.

He replied, 'Don't lie to me, I looked on the map and Florida is a very thin state!'' (OMG)

4. I got a call from a lawmaker's wife (Landra Reid) who asked, ''Is it possible to see England from Canada ?''

5. An aide for a cabinet member(Janet Napolitano) once called and asked if he could rent a car in Dallas. I pulled up the reservation and noticed he had only a 1-hour layover in Dallas. When I asked him why he wanted to rent a car, he said, ''I heard Dallas was a big airport, and we will need a car to drive between gates to save time.'' (Aghhhh)

6. An Illinois Congresswoman (Jan Schakowsky) called last week. She needed to know how it was possible that her flight from Detroit left at 8:30 a.m. and got to Chicago at 8:33 a.m.

I explained that Michigan was an hour ahead of Illinois, but she couldn't understand the concept of time zones. Finally, I told her the plane went fast, and she bought that.

7. A New York lawmaker, (Jerrold Nadler) called and asked, ''Do airlines put your physical description on your bag so they know whose luggage belongs to whom?'' I said, 'No, why do you ask?'

He replied, ''Well, when I checked in with the airline, they put a tag on my luggage that said (FAT), and I'm overweight. I think that's very rude!''

After putting him on hold for a minute, while I looked into it. (I was dying laughing). I came back and explained the city code for Fresno , Ca. Is (FAT - Fresno Air Terminal), and the airline was just putting a destination tag on his luggage.

8. A Senator John Kerry aide (Lindsay Ross) called to inquire about a trip package to Hawaii. After going over all the cost info, she asked, ''Would it be cheaper to fly to California and then take the train to Hawaii?''

9. I just got off the phone with a freshman Congressman, Bobby Bright (D) from Ala who asked, ''How do I know which plane to get on?''

I asked him what exactly he meant, to which he replied, ''I was told my flight number is 823, but none of these planes have numbers on them.''

10. Senator Dianne Feinstein (D) called and said, ''I need to fly to Pepsi-Cola, Florida. Do I have to get on one of those little computer planes?''

I asked if she meant fly to Pensacola , FL on a commuter plane.

11. Mary Landrieu (D) La. Senator called and had a question about the documents she needed in order to fly to China. After a lengthy discussion about passports, I reminded her that she needed a visa. 'Oh, no I don't. I've been to China many times and never had to have one of those''

I double checked and sure enough, her stay required a visa. When I told her this she said, ''Look, I've been to China four times and every time they have accepted my American Express!''

12. A New Jersey Congressman (John Adler) called to make reservations, ''I want to go from Chicago to Rhino, New York .''

'Yes, what flights do you have?'' replied the man.

After some searching, I came back with, ''I'm sorry, sir, I've looked up every airport code in the country and can't find a rhino anywhere."

''The man retorted, ''Oh, don't be silly! Everyone knows where it is. Check your map!''

So I scoured a map of the state of New York and finally offered, ''You don't mean Buffalo, do you?''

Now you know why the Government is in the shape that it's in!

Could anyone be this DUMB?

YES, THEY WALK AMONG US, ARE IN POLITICS, AND THEY CONTINUE TO BREED - AND WE CONTINUE TO ELECT THEM.

I don't write it, I just offer it for your consideration.  Like manure, you just gotta spread it around.
.
Posted by Coffeypot at 6:19 PM

wow... Rhino sounds like such a nice town too!

Pax, Rhino - Buffalo! I can see how one could be confused.

Just for the record, I also prefer an aisle seat so the window won't mess up my hair...
But even I know that Elephant is a place...errr...I mean Buffalo...whatever, both big animals.
I have to go back and read your post about the perfect husband! That oughta be good!

The fact that they are all Democrats had me suspicious. So I checked Snopes.com (Urban Legends de-bunker website). In short, False. The stories might be true but attributing them to incumbent political leaders is false.

Sounds like Sarah Palin would fit right in with these folks. She thinks she is close enough to Russia to exchange waves with Putin. Right? Oh wait, maybe that was Tina Fey. Who knows at this point?