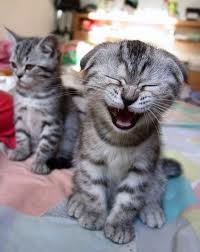 WHAT I'VE LEARNED AS I MATURED

I've learned that you cannot make someone love you. All you can do is stalk them and hope they panic and give in.

I've learned that no matter how much I care, some people are just assholes.

I've learned that it takes years to build up trust, and it only takes suspicion, not proof, to destroy it.

I've learned that you can get by on charm for about fifteen minutes. After that, you'd better have a big
weenie or huge boobs.

I've learned that you shouldn't compare yourself to others - they are more screwed up than you think.

I've learned that you can keep puking long after you think you're finished.

I've learned that we are responsible for what we do, unless we are celebrities.

I've learned that regardless of how hot and steamy a relationship is at first, the passion fades, and there had better be a lot of money to take its place.

I've learned that the people you care most about in life are taken from you too soon and all the less important ones just never go away.

A drunk staggers into a Catholic Church, enters a confessional box, sits down but says nothing. The Priest coughs a few times to get his attention but the drunk just sits there. Finally the Priest pounds three times on the wall.

The drunk replies, "ain't no use knockin, there's no paper on this side either."

Two women friends had gone for a girls night out. Both were faithful and loving wives, however they had been over-enthusiastic on the Bacardi Breezers.

Incredibly drunk and walking home, they needed to pee. So they stopped in the cemetery. They had nothing to wipe with, so one of them decided to take off her underwear and use them. Her friend however, was wearing an expensive pair and did not want to ruin them. She was lucky enough to squat down next to a grave that had a wreath with a ribbon on it, so she proceeded to wipe with that.

The next day, the husband of one of the women was concerned that his wife was still in bed hung over, so he phoned the other husband and said, "These girls nights have got to stop. I'm starting to suspect the worst. My wife came home with no panties!"

"That's nothing," said the other husband, "Mine came back with a card stuck to her a$$ that said, 'From all of us at the Fire Station. We'll never forget you.' "

Hope these helped you through the day.
Posted by Coffeypot at 12:15 AM

Omg I think that last one killed me

"I've learned that the people you care most about in life are taken from you too soon and all the less important ones just never go away."

So, it is true. God, this is killing me lately.

I'm a new follower, & your posts make me smile and laugh at least once a day! (sometimes I come back for seconds).

I've lived long enough to have learned that it doesn't matter what someone thinks or says to me [you] ... the world will take it as truth instead of just an opinion.

The first one worked for my husband, pretty much sums up his courtship method.

Did you actually write any of this?

Jessica, I can see it happening in real life, too.

LilPixi, I know. I have been losing some old high school pals lately. And the were the good ones.
And thanks for stopping by.

Rancher Mom, thanks to you, too. Hang around awhile. The smile might hang around, too.

Powder, just a women's eye view, I guess. Stalking is part of the hunter/gather domain of men.

Ed, dude, you give me way to much credit. It takes talent to write like that.

Some interesting lessons, for sure.

You are so right: some people are just assholes. I need to keep remembering this when I'm working in the hospital. Those nurses are assholes. Thanks for putting things in perspective.

Not So Simply Single said...

Love your sense of humor!