Why I Quit Drinking...This Time... 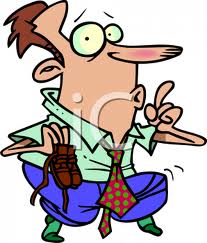 Awhile back, after another late night outing with my drinking buddy, Ed, I staggered home.  I made it through the garage door into the kitchen and stopped to take my shoes of to avoid waking Judy.

I then tiptoed as quietly as I could toward the stairs heading toward the bedroom, but misjudged the bottom step.  I caught himself by grabbing the banister, but my body swung around and I landed heavily on my ass.  The two full beer bottles in each back pocket broke and made the landing especially painful.

Managing not to yell, though, I sprang up, pulled down my pants and looked in the hall mirror to see that my butt cheeks were cut and bleeding. Shit!

So I tiptoed to the downstairs bathroom and managed to quietly find a full box of Band-Aids.  I began putting a Band-Aid as best he could on each place I saw blood leaking.

I then hid the now almost empty Band-Aid box and shuffled and stumbled my way to bed.

In the morning, I woke up with a searing pain in both my head and my butt.  But I knew it was gonna get worse because Judy was standing there staring at me with ‘the stink eye.’

She said, 'You were drunk again last night weren't you?'

Putting on my best ‘I don’t know what in the hell you are talking about’ face I said, 'Why in the world would you say such a mean thing?'

hate when that happens.
Thanks for the Wednesday chuckle!
~AM

That is great. Too funny. Thanks,

BAHAHAHAHA! Just get some more band-aids and all will be good. =)

Hilarious as always!! And dontcha know you're supposed to scoot up and down the stairs on yer bum, not attempt to walk them when you've been drinking. :D

So funny. Thanks for the laugh. You have a great blog. I stopped by for a peek and thoroughly enjoyed my visit so much I added myself to follow.

AM, mmeee toooo. And your welcome.

j-tony, thanks to you, too.

Reck, me thinks less beer would be better.

Ed, I think we have all been there - back in the day.

Rancher Mom, I learned to crawl up’em. Not as far to fall that way.

Rae, Welcome and thank you. I hope I don’t disappoint. Sometime one can get too much coffey.

Jamie, good to hear you laughing.

omg. hahahahahahaha That was hilarious! Thanks for the much needed laugh.

Ha! Whodathunk? Good thing you dye that blonde hair of yours.