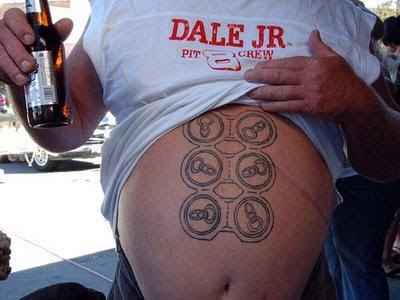 It's the way you say it:
A University of Georgia student was visiting a Yankee relative in Boston over the holidays.

He went to a large party and met a pretty co-ed.

He was attempting to start up a conversation with the line, "Where does you go to school?"

The coed, of course, was not overly impressed with his grammar or southern drawl, but did answer his question.

The Georgia student took a big, deep breath and shouted, "WHERE DOES YOU GO TO SCHOOL??"

Eucalyptus Road:
Sue Ellen passed away so Billy Bob called 911. The operator promised to send someone out immediately and asked him where he lived.

"Right at the end of Eucalyptus Road," Billy Bob replied.

"Could you spell that for me please?" the operator asked.

After a very lengthy pause Billy Bob said, "How 'bout I just drag her on over to Pine Street and y'all can pick her up there?"

Getting The Story Straight:
When a man in Macon, Georgia came upon a wild dog attacking a young boy, he quickly grabbed the animal and throttled it with his two hands.

A reporter saw the incident, congratulated the man and told him the headline the following day would read, "Local Man Saves Child by Killing Vicious Animal."

The hero, however, told the journalist that he wasn't from Macon.

"In that case," the reporter said in a huff, "the headline will read, "Yankee Kills Family Pet."

Redneck Morals:
The out-of-state couple are camping on the shores of a lake near a tiny hamlet.

The young wife, stunningly built, decides to give the local town folk a thrill by sun bathing in the nude.

About thirty minutes later, the husband returns to the campsite and finds his wife in tears. One of her breasts has been painted green, the other red and her ass is blue.

"What on earth happened to you dear?" he asks.

"Some of those rednecks from town came over and told me they don't allow any nakedness around these parts. Then they gave me this paint job!"

"Damn those trouble-makers! I'll fix them!" the husband shouts.

He rides into town and finds the rednecks in a bar.

"Who is the SOB who painted my wife red, green and blue!" he shouts.

The husband answers meekly, "I just wanted you to know the first coat of paint is dry."

Redneck Jedi:
You know you're a redneck Jedi when:

You ever said the phrase, "May the force be with y'all."

Your Jedi robe is camouflage.

You have ever used your light saber to open a bottle of Bud Light.

At least one wing of your X-Wings is primer colored.

You can easily describe the taste of an Ewok.

You have ever had a land-speeder up on blocks in your yard.

The worst part of spending time on Dagobah is the dadgum skeeters.

Wookiees are offended by your B.O.

You have ever used the force to get yourself another beer so you didn't have to wait for a commercial.

You have ever used the force in conjunction with fishing or bowling.

You have ever had your R-2 unit use its self-defense electro-shock thingy to get the barbecue grill to light up.

You have a confederate flag painted on the hood of your land-speeder.

You ever fantasized about Princess Leia wearing Daisy Duke shorts.

You have the doors of your X-wing welded shut and you have to get in through the window.

Although you had to kill him, you kinda thought that Jabba the Hutt had a pretty good handle on how to treat his women.

You have a cousin who bears a strong resemblance to Chewbacca.

You suggested that they outfit the Millennium Falcon with redwood deck.

You were the only person drinking Jack Daniels during the cantina scene.

Your father has ever said to you, "Shoot, son come on over to the dark side...it'll be a hoot."
Posted by Coffeypot at 12:23 AM

I didn't get the Yale one, but the Eucalyptus road one cracked me up.

The Jedi one was great too.

Those were hilarious! LMAO. I loved the Yale one.

What is the redneck version of foreplay? [this one is right up your alley]

Get in the truck, bitch!

ScoMan, it is a play on words kind thing. Yale is an elite university in New Haven, CT. The redneck ask what school, she said Yale, he heard Yell and raised his voice to a louder level.

Momma, that is in the country. In the city we are less driect. We try to engage a lady in conversation like, "Hey! You like peanutbutter?" She will say yes or no and then he will say, "Me neither (or me, too). Lets Fuck!"

Blueviolet, laughing is a great way to start the week.

Okay, that other shit was funny, but that tattoo seals the deal.

Hah ... All funny, but I particularly love the Yale joke. It hits close to home for me ;)