It was also discovered that 308 politicians had no balls.

I thought you should to know.

Newsweek Goes Out With A Shot At Obama 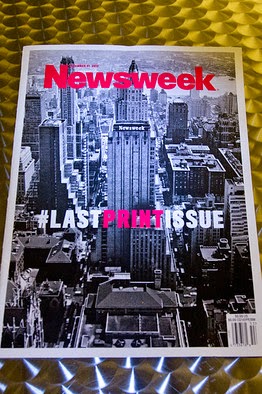 Newsweek Is Now History In Print

The liberal Newsweek Magazine is going out of business but not before it attacks the President.

This is quite an article, even more so when you consider that NEWSWEEK finally had the guts to admit it.  WOW!  It is a shame that they didn’t do this before the elections, exposing a fraud and communist shyster.

But finally, Matt Patterson and Newsweek speak out about Obama.  This is timely and tough.  As many of you know, Newsweek has a reputation for being extremely liberal.  The fact that their editor saw fit to print the following article about Obama and the one that appears in the latest Newsweek, makes this a truly amazing event, and a news story in and of itself.  At last, the truth about our President and his agenda are starting to trickle through the protective wall built around him by the liberal media...
By Matt Patterson (Newsweek Columnist - Opinion Writer)

Years from now, historians may regard the 2008 election of Barack Obama as an inscrutable and disturbing phenomenon, the result of a baffling breed of mass hysteria akin perhaps to the witch craze of the Middle Ages.  How, they will wonder, did a man so devoid of professional accomplishment beguile so many into thinking he could manage the world's largest economy, direct the world's most powerful military, execute the world's most consequential job?
Imagine a future historian examining Obama's pre-presidential life: ushered into and through the Ivy League, despite unremarkable grades and test scores along the way; a cushy non-job as a "community organizer;" a brief career as a state legislator devoid of legislative achievement (and in fact nearly devoid of his attention, less often did he vote "present"); and finally an unaccomplished single term in the United States Senate, the entirety of which was devoted to his presidential ambitions.

He left no academic legacy in academia, authored no signature legislation as a legislator.  And then there is the matter of his troubling associations: the white-hating, America-loathing preacher who for decades served as Obama's "spiritual mentor;" a real-life, actual terrorist who served as Obama's colleague and political sponsor.  It is easy to imagine a future historian looking at it all and asking: how on Earth was such a man elected president?  There is no evidence that he ever attended or worked for any university or that he ever sat for the Illinois bar.  We have no documentation for any of his claims.  He may well be the greatest hoax in history.
Not content to wait for history, the incomparable Norman Podhoretz addressed the question recently in the Wall Street Journal: To be sure, no white candidate who had close associations with an outspoken hater of America like Jeremiah Wright and an unrepentant terrorist like Bill Ayers, would have lasted a single day.  But because Mr. Obama was black, and therefore entitle in the eyes of liberal Dom to have hung out with protesters against various American injustices, even if they were 'a bit' extreme, he was given a pass.  Let that sink in: Obama was given a pass - held to a lower standard because of the color of his skin.

Podhoretz continues: And in any case, what did such ancient history matter when he was also so articulate and elegant and (as he himself had said) "non-threatening," all of which gave him a fighting chance to become the first black president and thereby to lay the curse of racism to rest?

Podhoretz puts his finger, I think, on the animating pulse of the Obama phenomenon - affirmative action.  Not in the legal sense, of course.  But certainly in the motivating sentiment behind all affirmative action laws and regulations, which are designed primarily to make white people, and especially white liberals, feel good about themselves.

Unfortunately, minorities often suffer so that whites can pat themselves on the back.  Liberals routinely admit minorities to schools for which they are not qualified, yet take no responsibility for the inevitable poor performance and high drop-out rates which follow.  Liberals don't care if these minority students fail; liberals aren't around to witness the emotional devastation and deflated self-esteem resulting from the racist policy that is affirmative action.  Yes, racist!  Holding someone to a separate standard merely because of the color of his skin, that's affirmative action in a nutshell, and if that isn't racism, then nothing is.

What could this breed if not the sort of empty narcissism on display every time Obama speaks?  In 2008, many who agreed that he lacked executive qualifications nonetheless raved about Obama's oratory skills, intellect, and cool character.  Those people - conservatives included - ought now to be deeply embarrassed.

The man thinks and speaks in the hoariest of cliché’s, and that's when he has his Teleprompters in front of him; when the prompter is absent he can barely think or speak at all.  Not one original idea has ever issued from his mouth - it's all warmed-over Marxism of the kind that has failed over and over again for 100 years. (An example is his 2012 campaign speeches which are almost word for word his 2008 speeches)

And what about his character?  Obama is constantly blaming anything and everything else for his troubles.  Bush did it; it was bad luck; I inherited this mess.  Remember, he wanted the job, campaigned for the task.  It is embarrassing to see a president so willing to advertise his own powerless-ness, so comfortable with his own incompetence.  (The other day he actually came out and said no one could have done anything to get our economy and country back on track).  But really, what were we to expect? The man has never been responsible for anything, so how do we expect him to act responsibly?  In short: our president is a small-minded man, with neither the temperament nor the intellect to handle his job.  When you understand that, and only when you understand that, will the current erosion of liberty and prosperity make sense. It could not have gone otherwise with such an impostor in the Oval Office.

They Live Among Us


The guy who doesn’t know how to block the sun… 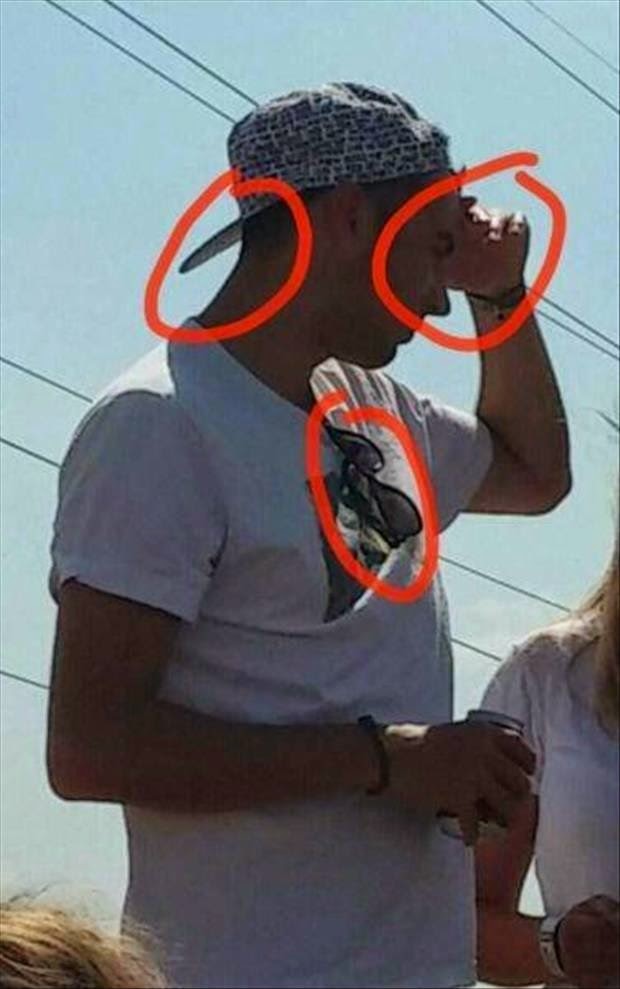 The girl who can’t pump gas… 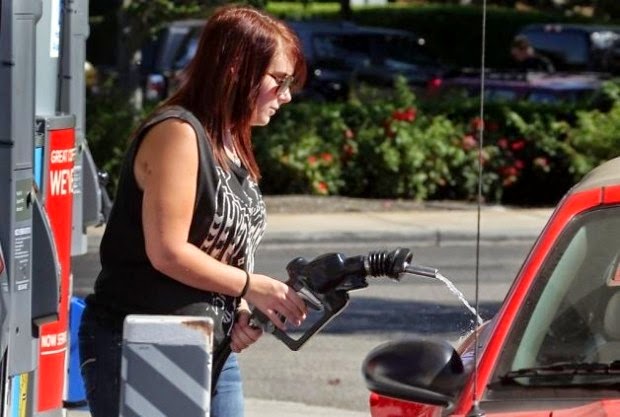 The person who thinks he/she drives a shopping cart… 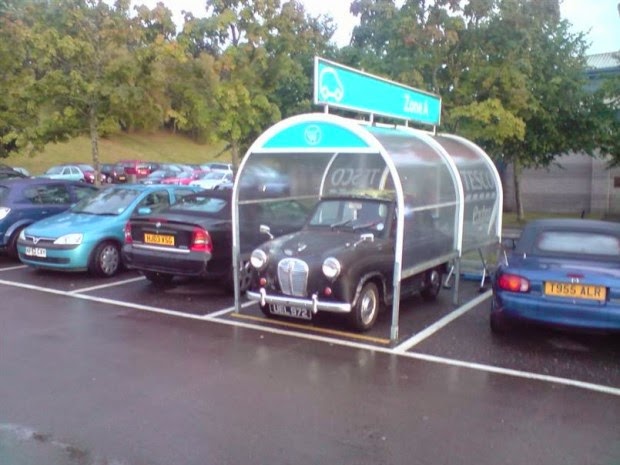 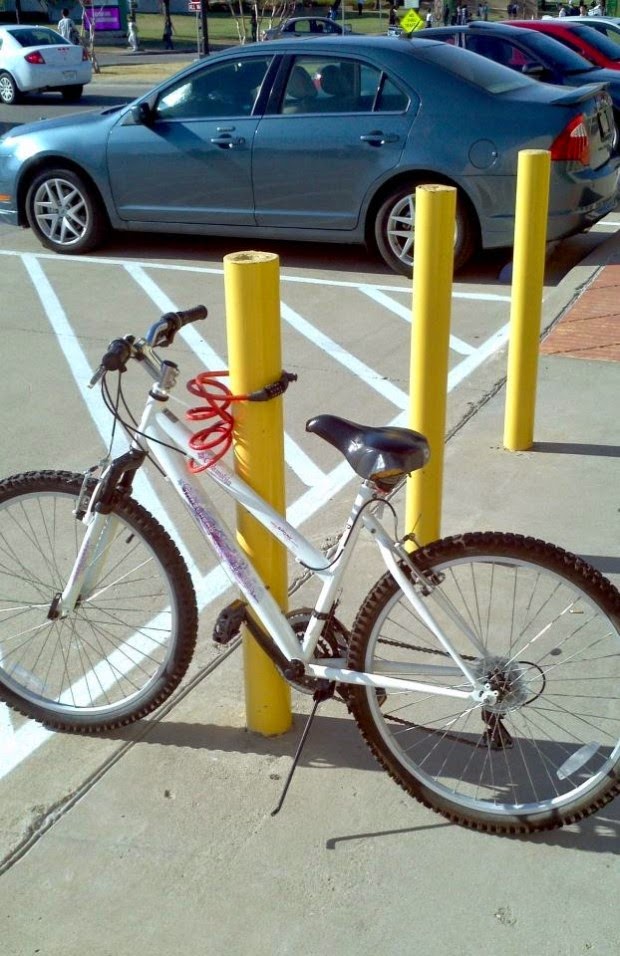 The person who shouldn’t have passed his/her road test… 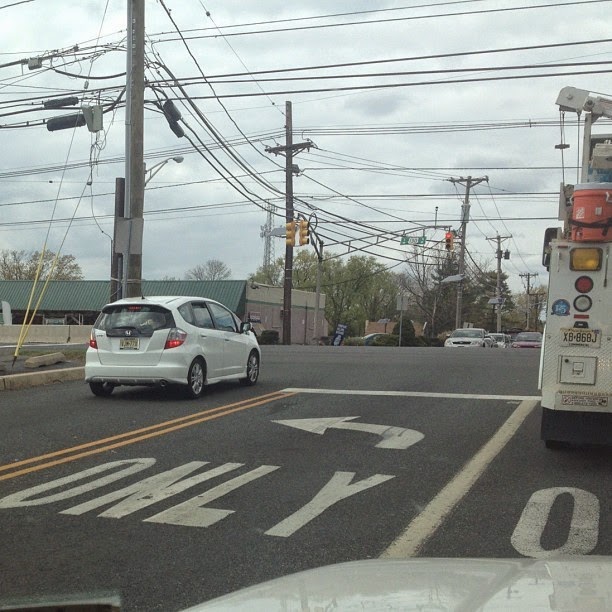 The man who forgot how to use an umbrella… 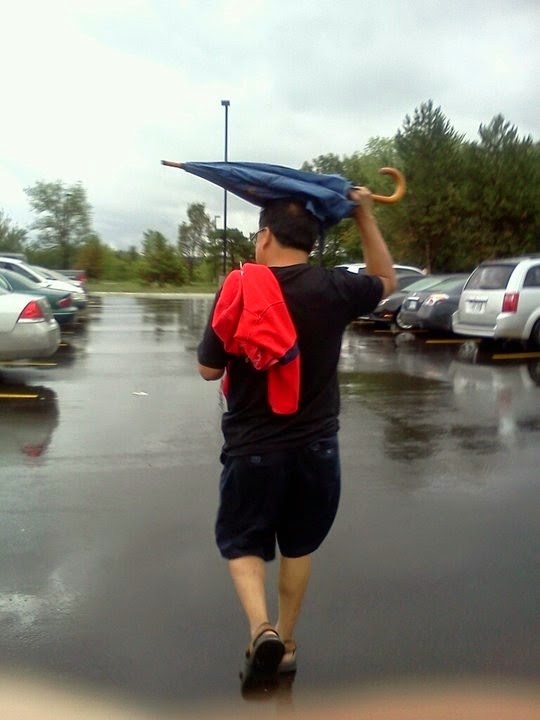 The guy who is more concerned about his hair’s safety… 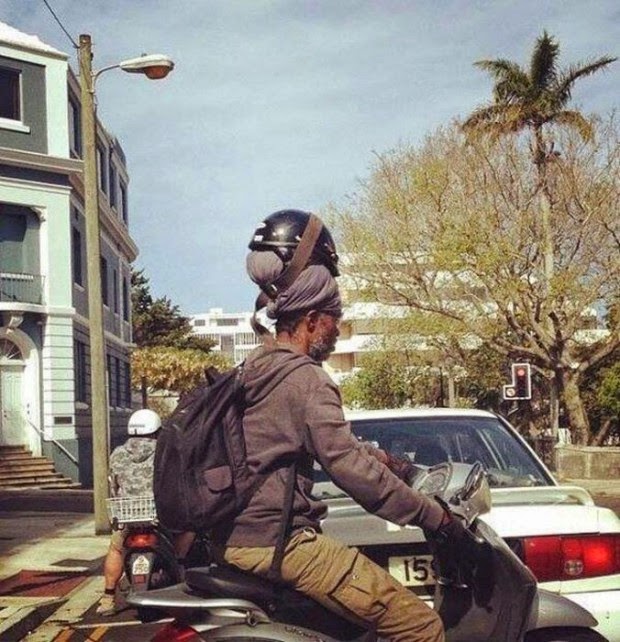 The singer who forgot how to hold a mic… 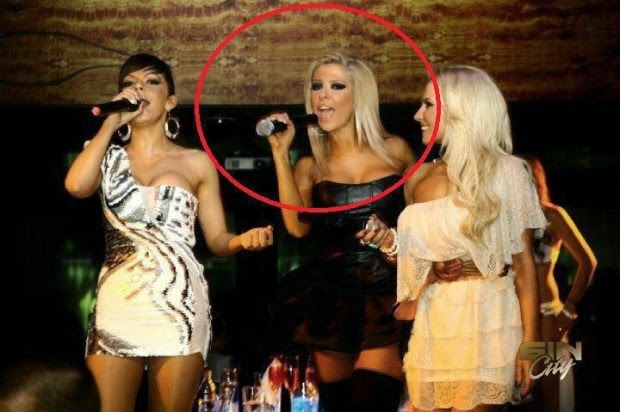 See, You’re smarter than you though.