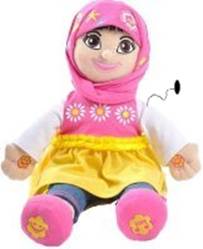 The latest toy has hit the shops... a talking Muslim doll.

Nobody knows what the fuck it says, though, because no one has the guts to pull the cord.

FLowers For Her Birtday

I Lost A Good Friend

Sadly I lost a good friend this weekend and I haven’t been the same since.
She was a big part of my life for over 10 years and, though I didn’t always treat her with the respect she deserved, she was loyal to me and always there when I needed her.
Yes, I did shamelessly use her.  I would get the most out of everything she had to offer and leave her wet and alone when I was through with her…leaving her tank of energy empty.  But she was always there ready for more when I returned because she was totally mine.
Sadly she had lost most of her beauty, though she was quite a looker when I first met her.  But ten years of use and abuse took its toll on her.  But she was my gal and she wasn’t there to enter into a beauty contest.  She was there for my pleasure and to be used and abused.
But it all had to come to an end.  We are about ready to move into our new (to us) house and there simply is no room for her.  Loyal and fun as she is, she had to go.  So I passed her on.
She is now with the American Children’s Cancer Foundation. 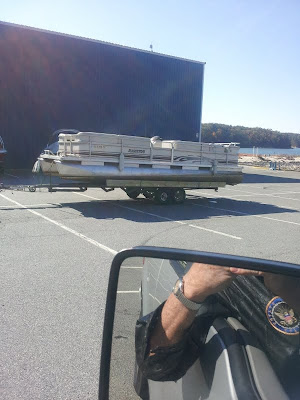 This is my baby (The Coffeypot), worn and tattered as she is.
I am worn and tattered too, so we have a lot in common.
I will miss her, but the proceeds from her refurbishing and selling will go to help some needy kids.  So that helps ease the loss and empty feelings I’m feeling right now.
But this is the first time in over 15 years that I don’t have a boat on the lake.
What I gonna do?
Posted by Coffeypot at 11:39 AM 3 comments: 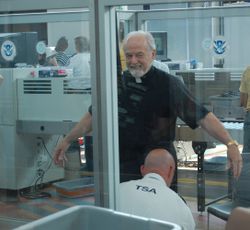 A distinguished young woman on a flight from Ireland asked the priest
beside her, 'Father, may I ask a favour?'

'Of course my child. What may I do for you?'

'Well, I bought an expensive woman's electronic hair dryer for my
mother's birthday that is unopened and well over the Customs limits,
and I'm afraid they'll confiscate it.  Is there any way you could carry
it through customs for me?  Under...your robes perhaps?'
'I would love to help you, dear, but I must warn you: I will not lie.'

'With your honest face, Father, no one will question you.'

When they got to Customs, she let the priest go ahead of her.
The official asked, 'Father, do you have anything to declare?'

'From the top of my head down to my waist, I have nothing to declare.'

The official thought this answer strange, so asked, 'And what do you
have to declare from your waist to the floor?'

'I have a marvelous instrument designed to be used on a woman, but
which is, to date, unused.'

Roaring with laughter, the official said, 'Go ahead, Father.  Next!'
.
Posted by Coffeypot at 3:31 PM 11 comments: 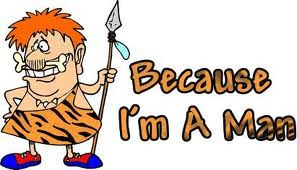 Because I’m a man, when I lock my keys in the car I will fiddle with a wire clothes hanger and ignore your suggestion that we call a road service until long after hypothermia has set in.
Because I’m a man, when the car isn’t running well, I will pop the hood and stare at the engine as if I know what I’m looking at.  If another man shows up, one of us will say to the other, “I used to be able to fix these things, but now with all these computers and everything, I wouldn’t know where to start.”
Because I’m a man, when I catch a cold I need someone to bring me soup and take care of me while I lie in bed and moan.  You never get as sick as I do, so for you this isn’t an issue.
Because I’m a man, I can be relied upon to purchase basic groceries at the store, like milk or bread.  I cannot be expected to find exotic items like “Cumin” or “Tofu”.  For all I know these are the same thing.  And never under any circumstances expect me to pick up anything for which “feminine hygiene product” is a euphemism.
Because I’m a man, when one of our appliances stops working I will insist on taking it apart, despite evidence that this will just cost me twice as much once the repair person gets here and has to put it back together.
Because I’m a man, I must hold the television remote control in my hand while I watch TV.  If the thing has been misplaced, I may miss a whole show looking for it (though one time I was able to survive by holding a calculator.)
Because I’m a man, I don’t think we’re all that lost, and no, I don’t think we should stop and ask someone.  Why would you listen to a complete stranger?  I mean, how could he know where we’re going?
Because I’m a man, I think what you’re wearing is fine.  I thought what you were wearing five minutes ago was fine, too.  Either pair of shoes is fine.  With the belt or without the belt looks fine.  Your hair is fine.  You look fine.  Can we just get out of there now?
Posted by Coffeypot at 8:15 PM 11 comments:

Labels: Because I Am A Man 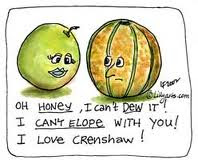 Thought I would offer you a little Friday Silliness…
'Doc, I can't stop singing 'The Green, Green Grass of Home.'
'Well, that sounds like Tom Jones Syndrome.'
'Is it common?'
'It's Not Unusual.'
***
Two cows are standing next to each other in a field.  Daisy says to Dolly,'I  was artificially inseminated this morning.'
'I don't believe you,' says Dolly.
'It's true; no bull!' exclaims Daisy.
***
An invisible man marries an invisible woman.  The kids were nothing to look at either.
***
Déjà Moo: The feeling that you've heard this bull before.
***
I went to buy some camouflage trousers the other day, but I couldn't find any.
***
I went to a seafood disco last week...and pulled a mussel.
***
What do you call a fish with no eyes?  A fsh.
***
Two fish swim into a concrete wall.  One turns to the other and says, 'Dam!'
***
Two Eskimos sitting in a kayak were a bit cold, so they lit a fire in the craft.  It sank, proving once again that you can't have your kayak and heat it too.
***
A group of chess enthusiasts checked into a hotel, and were standing in the lobby discussing their recent tournament victories.  After about an hour, the manager came out of the office, and asked them to disperse.
'But why,' they asked, as they moved off.
'Because,' he said, 'I can't stand chess-nuts boasting in an open foyer.'
***
A woman has twins, and gives them up for adoption.  One of them goes to a family in Egypt , and is named 'Ahmal.'  The other goes to a family in Spain and they name him 'Juan.'   Years later, Juan sends a picture of himself to his birth mother.  Upon receiving the picture, she tells her husband that she wishes she also had a picture of Ahmal.
Her husband responds, 'They're twins! If you've seen Juan, you've seen Ahmal.'
***
Mahatma Gandhi, as you know, walked barefoot most of the time, which produced an impressive set of calluses on his feet.  He also ate very little, which made him rather frail and with his odd diet, he suffered from bad breath.  This made him (Oh, man, this is so bad, but it's good)...  A super-calloused fragile mystic hexed by halitosis.
***
And finally, there was the person who sent twenty different puns to his friends, with the hope that at least ten of the puns would make them laugh.  No pun in ten did.
***
Two antennas met on a roof, fell in love and got married.  The ceremony wasn't much, but the reception was great.
***
A set of jumper cables walk into a bar.  The bartender says, 'I'll serve you, but don't start anything.'
***
Two peanuts walk into a bar, and one was a salted.
***
A dyslexic man walks into a bra . . .
***
A man walks into a bar with a slab of asphalt under his arm, and says: 'A beer for me and one for the road.'
***
Two cannibals are eating a clown.  One says to the other: 'Does this taste funny to you?'
***
That’s enough silliness…for now.  Have a great weekend, Peeps!
Posted by Coffeypot at 12:53 AM 6 comments:

WHERE I HAVE & HAVE NOT BEEN 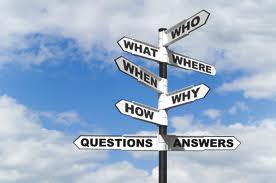 I have been in many places, but I've never been in Cahoots. Apparently, you can't go alone. You have to be in Cahoots with someone.
I've also never been in Cognito. I hear no one recognizes you there.
I have, however, been in Sane. They don't have an airport; you have to be driven there. I have made several trips there, thanks to my friends, family and work.
I would like to go to Conclusions, but you have to jump, and I'm not too much on physical activity anymore.
I have also been in Doubt. That is a sad place to go, and I try not to visit there too often.
I've been in Flexible, but only when it was very important to stand firm.
Sometimes I'm in Capable, and I go there more often as I'm getting older.
One of my favorite places to be is in Suspense! It really gets the adrenalin flowing and pumps up the old heart!
At my age I need all the stimuli I can get!
Posted by Coffeypot at 9:13 PM 5 comments: 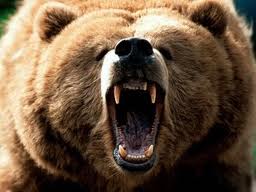 Our friends to the North of us have started posting bear warning signs on the kicking trails.  One reads as follows”
Due to the frequency of human-bear encounters, the B.C. Fish and Wildlife Branch is advising hikers, hunters, fishermen and any persons that use the out of doors in a recreational or work related function to take extra precautions while in the field.

We advise the outdoorsman to wear little noisy bells on clothing so as to give advanced warning to any bears that might be close by so you don't take them by surprise.

We also advise anyone using the out-of-doors to carry "Pepper Spray" with him is case of an encounter with a bear.

Outdoorsmen should also be on the watch for fresh bear activity, and be able to tell the difference between black bear feces and grizzly bear feces. Black bear feces are smaller and contain lots of berries and squirrel fur. Grizzly bear shit has bells in it and smells like pepper.
My advice…stay home.
Posted by Coffeypot at 11:59 PM 10 comments: