Gone To The Reunion

Ship's Crest (my tattoo, too)


We are leaving today on a drive to Dallas, TX, for my ship, USS FRANK E EVANS DD 754, reunion.  This is the one thing I look forward to each year.  It gives me another chance to see my old shipmates and those who came before and after my tour. 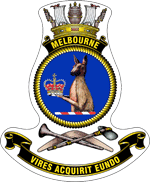 
Another great thing about our reunions is that almost everyone has had someone from the Australian Aircraft Carrier, HMAS Melbourne R-21 in attendance.  This year I expect around five men to show up.  Some for the first time!

Many of those Aussies are suffering from PTSD pertaining to the 3 June, 1969 collision that took the lives of 74 brave men (though none of the Aussies had anything to do with the decisions made that night.)  I know one who will be there who went into the sea to try and save our guys.  His torture is that he couldn’t save one more.  It doesn’t matter that if he tried and helped pull two from the water, but he would have gone down with the front half if he went after one more.  But all were affected that night.

The reunion has been a big help in easing the PSD of our survivors.  Maybe it will help the Aussies, too.  There is a time set aside for the survivors and the families of the lost and the Australian sailors to meet in private for their time open up and to heal.

And there are many more, Aussie and US sailors, who visit the association's Facebook page that will not be able to make it to the reunion due to age, or physical limitations.  But we feel their spirit at the toasting of the evenings…Lest We Forget…

It will be a busy week and I may not have time (or be able) to post much.  I have a pub crawl to attend, and several evenings of buying each other a beer or 12.  But I will try, and I will try to post pics as I do.  I want you to meet my mates.

So till next time, ta-ta.  And may you have fair winds and following seas to help you navigate through life. 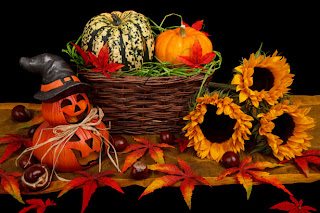 Now that it is officially FALL, it's time for Fall and Halloween decorating, and party planning.  Below is a bit if information from Bob Matthews to help you through the season…I hope.

And, no, I have not turned gay.  Just passing on some information I received and though you seasonal types would appreciate it.  That’s all.  Honest!  I AM NOT GAY!!!

1. About Scarecrows
2. Fall and Halloween Decorating
3. Get the Jump
4. Recipe Suggestions
5. On the Light Side

PARAPROSDOKIANS - Know What I Mean? 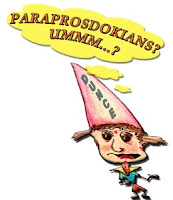 PARAPROSDOKIANS, (Winston Churchill loved them), are figures of speech in which the latter part of a sentence or phrase is surprising or unexpected; frequently humorous.

2. The last thing I want to do is hurt you. But it's still on my list.

3. Since light travels faster than sound, some people appear bright until you hear them speak.

5. We never really grow up, we only learn how to act in public.

6. War does not determine who is right - only who is left...

7. Knowledge is knowing a tomato is a fruit. Wisdom is not putting it in a fruit salad.

8. They begin the evening news with 'Good Evening,' then proceed to tell you why it isn't.

9. To steal ideas from one person is plagiarism. To steal from many is research.

10. Buses stop in bus stations. Trains stop in train stations. On my desk is a work station.

11. I thought I wanted a career. Turns out I just wanted paychecks.

12. In filling out an application, where it says, 'In case of emergency, notify:' I put 'DOCTOR.'

14. Women will never be equal to men until they can walk down the street with a bald head and a beer gut, and still think they are sexy.

16. A clear conscience is the sign of a fuzzy memory.

18. Money can't buy happiness, but it sure makes misery easier to live with.

19. There's a fine line between cuddling and holding someone down so they can't get away.

21. You're never too old to learn something stupid.

22. To be sure of hitting the target, shoot first and call whatever you hit the target.

24. Change is inevitable, except from a vending machine.

25. Going to church doesn't make you a Christian any more than standing in a garage makes you a car.
Posted by Coffeypot at 11:20 AM 5 comments:

Reading my Aussie Gal Pal’s blog today I realized I have let Pax down (head down, embarrassed look on face).A few weeks ago she was looking for some ideas for a giveaway. She suggested perhaps a poem or limerick of some sort would do.
So I sent her some very poor examples to let her know why I couldn’t enter the contest.

I have no talent when it comes to words other than a varied use of the F word with accompanying adjectives. I also have been known to use some lesser words of the vulgar persuasion type, too. But I am best with the F word.Anyway, she chose to show her appreciation ( I guess, rather than trying to pay me off to say away) she sent me a coin and a pin. 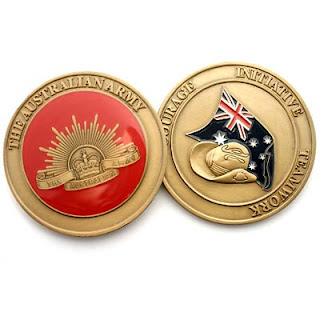 The coin is the Aussie Army Rising Sun on one side and the Australian Flag and Slouch Hat on the back. I have added this prize to my Coin Collection with honor and pride. But I am overlooking the Army part as I am a sailor at heart. So I will tell everyone it is the Australian Defense Force Coin that covers the Navy, too. (Yes, I am biased.) 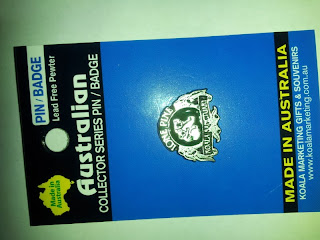 She also sent me a pin honoring the Lone Pine Koala Sanctuary. And, YES, they are bears because they are Koala-fied to be one. (I am sorry about the sideways view…too computer illiterate to make it stand at attention. Is there a Viagra for computer pictures???)

Anythanks, I hope being late is better than never, and that she will not be too mad at me.

You can’t help but luv the Sheila. For all her support with Soldiers Angles and the Marines, she deserves more respect than I have shown her.