Pray that my mother-in-law lives to get back home, for I may kill her…just for kicks.

If you remember, Judy drove up to NJ for some needed meetings with her team, so Granny Dot decided to ride back with her. The trip was uneventful except for stopping at ever other rest area and eating three meals a day. That is okay, though. She is 87 and her body filled of two dozen drugs and patches does not operate like normal people’s body.

But the thing is, she is forgetful. And she will forget to close a door when told three hundred and twenty-seven thousand times to close the door when she leaves her room or the bathroom. We have two beautiful dogs that are getting up there in age and, though they are house broken, will mosey into a room they aren’t use to and mark it as theirs.

We also have chickens in the yard. And we have two chicks in a homemade coop in the tub in the spare bathroom. The bathroom door has to be kept closed, mostly to keep the cats from having a chicken dinner. But the cats love human contact and love to be petted and rubbed. So we have to keep them in the office while Dot is here because she claims they scratch her when they jump in her lap. Well, they are cats, and I can’t help but wish they would drag her under the bed and eat her. But they aren’t very big cats and she is like a beach ball on toothpicks. They would have to eat her in her chair, and I don’t want to clean up that mess.

Anyseniledot, Judy, my grandson and me were outside building a new chicken coop when Dot came to the door yelling for help. Well, if she could waddle to the door, I knew she was okay (she fell the first night she was here – more on that later). She was shooing one of the dogs and trying to make it move.

There on the floor was a dead chick. Dot had gone to the bathroom and didn’t shut the door on the way out. One of the dogs thought she had found her on Zaxby’s and grabbed one of the chicks. Well, that was bad, but I wasn’t upset until Dot said, “I don’t know who left the door open.”

“Yes, Dot, it WAS YOU and stop lying. You are making it worse.”

So she started crying and pouting. That does not work for me. I told her to get over it and quit acting like a baby. Thankfully she didn’t talk to me the rest of the day.

As mentioned above, Dot wondered from her room to the bathroom sometime during the night. On the way back she fell. Don’t know how, and she doesn’t either. But she was lying there yelling for Judy. We did not hear her. But Laura, upstairs, did. She was walking around to see which cat was having a problem and though the sound was coming from the basement. She found Dot laid out in the floor. So instead of just going back up and leaving her (which I would have done – okay, not really) she knocked on our bedroom door to let us know. So the three of us was able to get her fat ass off the floor with no damage to her or the hardwood floor. Tragedy averted, we all went back to bed.

Then came evening after the chick death. Dr. Amber, her boyfriend, Bob, Steven and Laura from upstairs were here playing games. I had gone to Zaxby’s to get our own chicken so the dog wouldn’t feel so bad, and it was all set out on the counter. It was a pick and choose snack type thing we use when they are over to play games.

Dot was sitting in her chair watching everyone play - I don’t play because I don’t like to play their games...not smart enough. Finally she speaks up, “Jude, when will we have supper and what are we having?” I told her the food was on the counter and she could help herself. She didn’t like that, so I told her if she were at home she would have to fix her own supper and all she had to do was put chicken strips on a plate. She huffed and puffed about ‘I can do it if I have too.’

I told her, ‘Good! Judy is busy playing a game and you want her to stop the game to feed you? She is not your servant.”

Judy saw I was about to say some stuff that I didn’t need to say, and got up and made her a plate. When Dot got the plate, she gave me a look of triumph, so I told her, “Enjoy your chicken. It’s the one you killed.” The smirk left her face and Judy made me stop it.

I swear, selling human beings is illegal and immoral, but you can have her for, say, a beer. 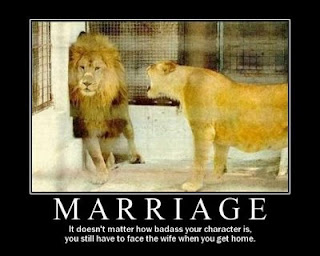 A little Saturday Humor to do whatever humor does for you…

'This is the Internal Revenue Service. Can you help us?'

'Do you know a Ted Houlihan?'

'Is he a member of your congregation?'

An elderly man walks into a confessional. The following conversation ensues:

Man: 'I am 92 years old, have a wonderful wife of 70 years, many children, grandchildren, and great grandchildren. Yesterday, I picked up two college girls, hitch-hiking. We went to a motel, where I had sex with each of them three times.'

Priest: 'Are you sorry for your sins?'

Priest: 'What kind of a Catholic are you?'

Priest: 'Why are you telling me all this?'

An elderly man goes into a brothel and tells the madam he would like a young girl for the night. Surprised, she looks at the ancient man and asks how old he is.

An elderly man went to his doctor and said, 'Doc, I think I'm getting senile. Several times lately, I have forgotten to zip up.'

'That's not senility,' replied the doctor. 'Senility is when you forget to zip down.'

A woman was having a passionate affair with an Irish inspector from a pest-control company. One afternoon they were carrying on in the bedroom together when her husband arrived home unexpectedly.
'Quick,' said the woman to the lover, 'into the closet!' and she pushed him in the closet, stark naked.

The husband, however, became suspicious and after a search of the bedroom discovered the man in the closet.

'I'm an inspector from Bugs-B-Gone,' said the exterminator.

'What are you doing in there?' the husband asked..

'I'm investigating a complaint about an infestation of moths,' the man replied.

'And where are your clothes?' demanded the husband.

The man looked down at himself and said, 'Those little bastards!'

Wife: 'What are you doing?'

Wife: 'Nothing...? You've been reading our marriage certificate for an hour.'

Husband: 'I was looking for the expiration date.'

Wife: 'Do you want dinner?'

Husband: 'Sure! What are my choices?'

Girl: 'When we get married, I want to share all your worries, troubles and lighten your burden.'

Boy: 'It's very kind of you, darling, but I don't have any worries or troubles.'

Girl: 'Well that's because we aren't married yet.'

Son: 'Mum, when I was on the bus with Dad this morning, he told me to give up my seat to a lady.'

Mom: 'Well, you have done the right thing.'

A newly married man asked his wife, 'Would you have married me if my father hadn't left me a fortune?'

'Honey,' the woman replied sweetly, 'I'd have married you, NO MATTER WHO LEFT YOU A FORTUNE!'

A wife asked her husband: 'What do you like most in me, my pretty face or my sexy body?'

He looked at her from head to toe and replied: 'I like your sense of humor!'

A man was sitting reading his papers when his wife hit him round the head with a frying pan.

'What was that for?' the man asked.

The wife replied 'That was for the piece of paper with the name Jenny on it that I found in your pants pocket'.

The man then said 'When I was at the races last week Jenny was the name of the horse I bet on' the wife apologized and went on with the housework.

Three days later the man is watching TV when his wife bashes him on the head with an even bigger frying pan, knocking him unconscious.

Upon re-gaining consciousness the man asked why she had hit again.

The Things My Parents Taught Me… 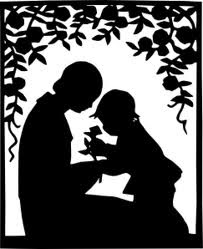 How often did we hear these words:


1. My Parents taught me TO APPRECIATE A JOB WELL DONE.
"If you're going to kill each other, do it outside... I just finished cleaning."

2. My Parents taught me RELIGION.
"You better pray that will come out of the carpet."

3. My Parents taught me about TIME TRAVEL.
"If you don't straighten up, I'm going to knock you into the middle of next week!"

5. My Parents taught me MORE LOGIC.
"If you fall out of that swing and break your neck, you're not going to the store with me."

6. My Parents taught me FORESIGHT.
"Make sure you wear clean underwear, in case you're in an accident."

7. My Parents taught me IRONY.
"Keep crying and I'll give you something to cry about."

8. My Parents taught me about the science of OSMOSIS.
"Shut your mouth and eat your supper."

9. My Parents taught me about CONTORTIONISM.
"Will you look at that dirt on the back of your neck!"

10. My Parents taught me about STAMINA.
"You'll sit there until all that spinach is gone."

11. My Parents taught me about WEATHER.
"This room of yours looks as if a tornado went through it."

12. My Parents taught me about HYPOCRISY.
"If I told you once, I've told you a million times. Don't exaggerate!"

13. My Parents taught me the CIRCLE OF LIFE.
"I brought you into this world, and I can take you out."

14. My Parents taught me about BEHAVIOR MODIFICATION.
"Stop acting like your father!"

15. My Parents taught me about ENVY.
"There are millions of less fortunate children in this world who don't have wonderful parents like you do."

16. My Parents taught me about ANTICIPATION.
"Just wait until we get home."

17. My Parents taught me about RECEIVING.
"You are going to get it when you get home!"

18. My Parents taught me MEDICAL SCIENCE.
"If you don't stop crossing your eyes, they are going to get stuck that way."

19. My Parents taught me ESP.
"Put your sweater on; don't you think I know when you are cold?"

20. My Parents taught me HUMOR.
"When that lawn mower cuts off your toes, don't come running to me."

21. My Parents taught me HOW TO BECOME AN ADULT.
"If you don't eat your vegetables, you'll never grow up."

22. My Parents taught me GENETICS.
"You're just like your father."

23. My Parents taught me about my ROOTS.
"Shut that door behind you. Do you think you were born in a barn?"

24. My Parents taught me WISDOM.
"When you get to be my age, you'll understand."