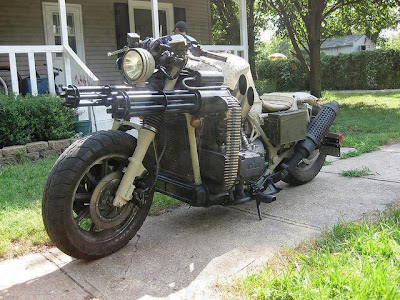 Here's the new bike I got me for Valentine’s Day.  Handles like a dream, recoil is not as bad as I thought it would be and I get about 38mpg.

This should answer any further questions about where I stand in regards to Obama's reference to the "gun totin', conservatives".

Cost was a little steep but traffic has been better, and I am no longer afraid to ride into downtown Atlanta. 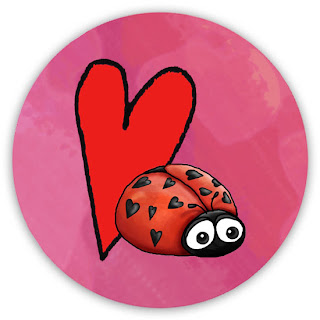 Don’t tell anyone that I bought Judy an early Valentine’s present today.

She is special and I wanted to give her something just for her.

I got her a belt and a bag.

I know she will appreciate it, too.

And, hopefully the vacuum cleaner will work better, as well.


And My Dad Is Just As Responsible.  Blame Them!!! 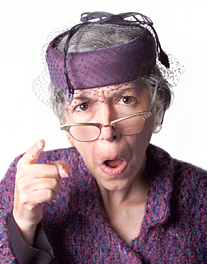 Here are some things my mom taught me…

1.  My mother taught me TO APPRECIATE A JOB WELL DONE.
"If you’re going to kill each other, do it outside…I just finished cleaning."

2. My mother taught me RELIGION.
"You better pray that will come out of the carpet."

3. My mother taught me about TIME TRAVEL.
"If you don't straighten up, I'm going to knock you into the middle of next week!"

5. My mother taught me MORE LOGIC.
"If you fall out of that swing and break your neck, you're not going to the store with me."

6. My mother taught me FORESIGHT.
"Make sure you wear clean underwear, in case you’re in an accident."

7. My mother taught me IRONY.
"Keep crying and I'll give you something to cry about."

8.  My mother taught me about the science of OSMOSIS.
"Shut your mouth and eat your supper."

9. My mother taught me about CONTORTIONISM.
"Will you look at that dirt on the back of your neck?"

10. My mother taught me about STAMINA.
"You'll sit there until all that spinach is gone."

11. My mother taught me about WEATHER.
"This room of yours looks as if a tornado went through it."

12. My mother taught me about HYPOCRISY.
"If I told you once, I've told you a million times.  Don't exaggerate!"

13. My mother taught me the CIRCLE OF LIFE.
"I brought you into this world, and I can take you out."

14. My mother taught me about BEHAVIOR MODIFICATION.
"Stop acting like your father!"

15. My mother taught me about ENVY.
"There are millions of less fortunate children in this world who don't have wonderful parents like you do."

16. My  mother taught me about ANTICIPATION.
"Just wait until we get home."

17. My mother taught me about RECEIVING.
"You are going to get it when you get home!"

18. My mother  taught me MEDICAL SCIENCE.
"If you don't stop crossing your eyes, they are going to get stuck that way."

19. My mother taught me ESP.
"Put your sweater on; don't you think I know when you are cold?"

20. My mother taught me HUMOR.
"When that lawn mower cuts off your toes, don't come running to me."

21. My  mother taught me HOW TO BECOME AN ADULT .
"If you don't eat your vegetables, you'll never grow up."

22. My mother taught me GENETICS.
"You're just like your father."

23. My mother taught me about my ROOTS.
"Shut that door behind you. Do you think you were born in a barn?"

24. My mother taught me WISDOM.
"When you get to be my age, you'll understand."

25.  My mother taught me about JUSTICE.
"One day you'll have kids, and I hope they turn out just like you!"

Only folks my age understand these profound statements!!!
But, there is one missing from this list and my personal all-time favorite!!

My father and mother taught me about CHOICE.
"Do you want me to stop this car?" 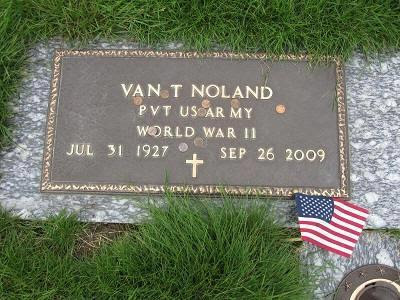 When you are visiting some cemeteries, especially National Cemeteries, you may notice that some headstones marking some of the graves have coins on them, left by previous visitors to the grave.  Well, here is a purported story, and I think it's a good one!

These coins have distinct meanings when left on the headstones of those who gave their life while serving in America's military, and these meanings vary depending on the denomination of coin.

A coin left on a headstone or at the grave site is meant as a message to the deceased soldier's family that someone else has visited the grave to pay respect.

Leaving a penny at the grave means simply that you visited.

A nickel indicates that you and the deceased trained at boot camp together.

A dime means you served with him in some capacity.

A quarter left at the grave tells the family that you were with the solider when he was killed.

According to tradition, the money left at graves in national cemeteries and state veterans cemeteries is eventually collected, and the funds are put toward maintaining the cemetery, or for paying burial costs for indigent veterans.

In the US, this practice became common during the Vietnam War, due to the political divide in the country over the war; leaving a coin was seen as a more practical way to communicate that you had visited the grave.  It was thought this better than contacting the soldier's family, which could devolve into an uncomfortable argument over politics relating to the war.

Some Vietnam Veterans would leave coins as a "down payment" to buy their fallen comrades a beer or play a hand of cards when they would finally be reunited.

The tradition of leaving coins on the headstones of military men and women can be traced to as far back as the Roman Empire.

I did not know of this, but you can bet your dog tags that I will have a pocket full of coins the next time I visit my friends.