I Was In Deep Shit - For A Few Seconds 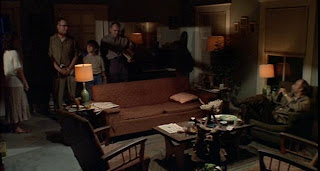 I was almost in deep shit.  I was sitting in my chair reading blogs and commenting when Judy leans over the back and whispered my ear, ‘Happy Anniversary.’   I set very still, much like Dwight Yoakum in Sling Blade when Bill Bob Thornton split his head open with a lawnmower blade, waiting for the blow.  It never came.
Slowly, ready to duck and run, I turned to Judy and say, ‘Back at’cha babe.’  She just laughed and said she forgot it, too.  We have been so damn busy these past two weeks that it just slipped by.  So I told her I would take her out to eat tomorrow night, our Waffle House is the best.
Eighteen years and counting!  And I have to admit, she is the best thing that ever happened to me.  People who knew me back in the day and see me now wonder what happened.  A stroke?  A lobotomy?
Nope! Just Judyied.
Posted by Coffeypot at 10:17 PM 8 comments:

I Look Forward To The New Year 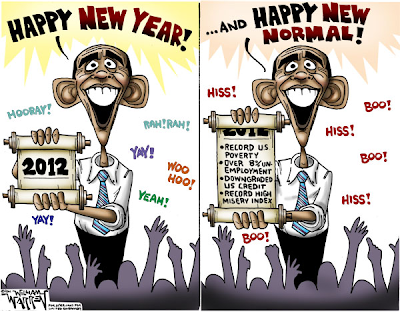 Well, the time is running down for 2011…and I am happy about that.  My year started off great.  But the last quarter sucked grungy goat gonads.   However, the yin to the yang is we are healthy and that is worth more than all the shit we experienced these past few months.
I am looking forward to 2012…just to show the Mayans they are full of shit, if nothing else.  But 2012 is also the opportunity to get rid of that wart on society, Obama (who knows, he might even spend some time in the White House to look like he knows what he is doing.)  This will be the year America gets its mojo back and we become the greatest nation on earth again.
I always like the start of a new year with all the opportunities for a better future.
As for you, my peeps, I wish nothing but good in your life.  I wish you family peace, prosperity, happiness, health and plenty of blog and Facebook ideas.  As for the troops coming home, I wish you jobs, safe transitions and peaceful night’s sleep.  And for families who will understand and give you the time to adjust.
And if y’all are going out tonight, be careful.  The world would be a sadder place if you weren’t in it.  Obama, not so much, buy you, definitely.  Judy and I are staying home.  Dr. Amber and Bob are comin over to play some board games, but will probably be gone before midnight.  But having family here is a good way to start the new year.
And remember, if you are gonna drink and drive, make sure you have a car.
Posted by Coffeypot at 3:16 PM 5 comments: 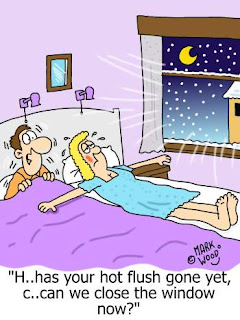 I was perusing my daily bogs when I read that one of my friends was talking about being menopausal.  I won’t say which friend because she is my friend, but I may not be hers.  And she may not want the blogging world to know she is menopausal or worse, that she reads my stuff.  Plus she is menopausal and I do not want to piss her off.
But in her honor (or because I want to make fun of her at a distance) I am presenting a few observations on the subject.
Now I have to go hide for a decade or two.
***
What’s the difference between a pit bull and a woman in menopause?  Lipstick!

What’s the best way for a husband to predict the mood of his menopausal wife?  Assume her mood will be lousy and occasionally he will be wrong.

Is it called menopause because every time she hears a man speak she has to pause or she will knock the shit out of him?

When is a man most likely to complain about the mood swings of his menopausal wife?  When she’s not present.

If a woman in menopause were an earthquake, the earth would be in a million tiny pieces.

If you are looking for stability in your life, befriend a menopausal woman.  Suddenly everything in your life seems rock-solid stable.

You are safer teasing a grizzly bear with cubs than to tell a menopausal woman she’s moody.
There’s more but you get the idea. (said from behind the couch.) 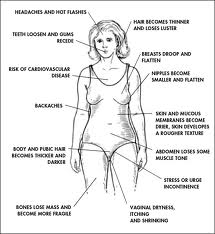 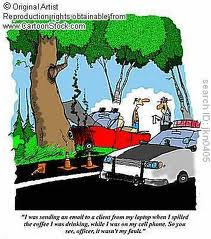 Please, take care of yourself.

This means that the remaining 77% are caused by assholes that drink bottled water, Starbucks, soda, juice, energy drinks, and crap like that.

Therefore, beware of those who do not drink alcohol. They cause three times as many accidents.
My advice…stay at home New Year’s Eve.

This message is sent to you by someone who worries about your safety…ME!
Posted by Coffeypot at 8:16 PM 9 comments: 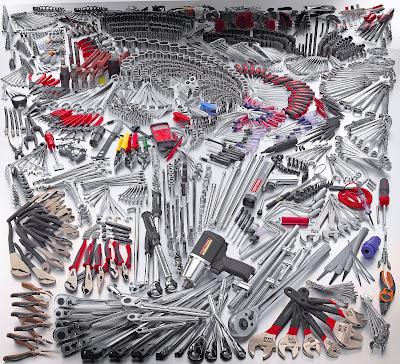 Some of you men out there might have received a hand or power tool for Christmas.  You probably know what the tool is for and how to use it.  But just in case you don’t know, I am providing some explanations of what these tools are and what their use will be to you.
You don’t have to thank me.  I do this in my effort to make life easier on my peeps.
So, some common tool gifts could be:
DRILL PRESS: A tall upright machine useful for suddenly snatching flat metal bar stock out of your hands so that it smacks you in the chest and flings your beer across the room, denting the freshly-painted project which you had carefully set in the corner where nothing could get to it.

WIRE WHEEL: Cleans paint off bolts and then throws them somewhere under the workbench with the speed of light. Also removes fingerprints and hard-earned calluses from fingers in about the time it takes you to say, 'Oh shit!'

PLIERS: Used to round off bolt heads. Sometimes used in the creation of blood-blisters.

HACKSAW: One of a family of cutting tools built on the Ouija board principle... It transforms human energy into a crooked, unpredictable motion, and the more you attempt to influence its course, the more dismal your future becomes.

VISE-GRIPS: Generally used after pliers to completely round off bolt heads. If nothing else is available, they can also be used to transfer intense welding heat to the palm of your hand.

OXYACETYLENE TORCH: Used almost entirely for lighting various flammable objects in your shop on fire. Also handy for igniting the grease inside the wheel hub out of which you want to remove a bearing race.

HYDRAULIC FLOOR JACK: Used for lowering an automobile to the ground after you have installed your new brake shoes, trapping the jack handle firmly under the bumper.

BAND SAW: A large stationary power saw primarily used by most shops to cut good aluminum sheet into smaller pieces that more easily fit into the trash can after you cut on the inside of the line instead of the outside edge.

TWO-TON ENGINE HOIST: A tool for testing the maximum tensile strength of everything you forgot to disconnect.

PHILLIPS SCREWDRIVER: Normally used to stab the vacuum seals under lids or for opening old-style paper-and-tin oil cans and splashing oil on your shirt; but can also be used, as the name implies, to strip out Phillips screw heads.

PRY BAR: A tool used to crumple the metal surrounding that clip or bracket you needed to remove in order to replace a 50 cent part.

HOSE CUTTER: A tool used to make hoses too short.

HAMMER: Originally employed as a weapon of war, the hammer nowadays is used as a kind of divining rod to locate the most expensive parts adjacent the object we are trying to hit.

UTILITY KNIFE: Used to open and slice through the contents of cardboard cartons delivered to your front door; works particularly well on contents such as seats, vinyl records, liquids in plastic bottles, collector magazines, refund checks, and rubber or plastic parts. It’s especially useful for slicing work clothes, but only while in use.

SON-OF-A-BITCH TOOL: Any handy tool that you grab and throw across the garage while yelling 'Son of a BITCH!‘ at the top of your lungs. It is also, most often, the next tool that you will need.

Hope you found this informative.
Posted by Coffeypot at 1:17 AM 10 comments:

Today Is The Day - Remember Why 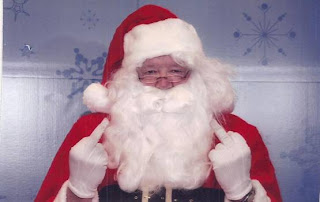 Money’s Tight
Times Are Hard
Here’s your
Fucking Christmas Card
Yep! Me again! Made during a lull in my Pet Smart Christmas Gig a couple of years ago.
However, contrary to the above statement I do wish you a happy Christmas and fun with your family.  But don’t forget the reason for the season.  Jesus beat the stuffing out of Santa.  How? 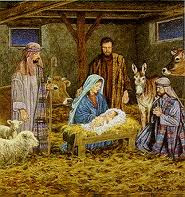 The Reason For The Season
Santa lives at the North Pole ...
JESUS is everywhere.

Santa rides in a sleigh ...
JESUS rides on the wind and walks on the water.

Santa comes but once a year ...
JESUS is ever present.

Santa fills your stockings with goodies ...
JESUS supplies all your needs.

Santa comes down your chimney uninvited ...
JESUS stands at your door and knocks,
and then enters your heart when invited.

You have to wait in line to see Santa ...
JESUS is as close as the mention of His name.

Santa lets you sit on his lap ...
JESUS lets you rest in His arms.

Santa doesn't know your name, all he can say is
"Hi little boy or girl, what's your name?" ...
JESUS knew your name before you were born...
Not only does He know our name,
He knows our address too.
He knows our history and future and
He even knows how many hairs are on our heads.

Santa has a belly like a bowl full of jelly ...
JESUS has a heart full of love.

Santa says "You better not cry" ...
JESUS says "Cast all your cares on me for I care for you."

Santa may make you chuckle but ...
JESUS gives you joy that is your strength.
Santa puts gifts under your tree ...
JESUS became our gift and died on a tree...
The cross.
Put Christ Back In Christmas...
Jesus Is Still The Reason For The Season!
And thanks to the troops, airmen and sailors all over the world for being there and making it safe for us to enjoy ourselves here.  You are not forgotten and are appreciated.
Now go and enjoy your day.
Posted by Coffeypot at 8:55 AM 9 comments:

Last Night Was A Blurr 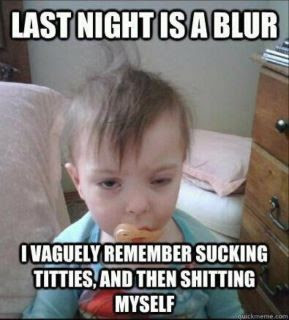 Judy (not her above) was standing in the kitchen, preparing our usual Soft-boiled eggs and toast for breakfast, wearing only the night shirt that she normally sleeps in.

As I walked in, almost awake, she turned to me and said softly, "You've got to make love to me this very moment!"

My eyes lit up and I thought, "I am either still dreaming or this is going to be my lucky day!"
Not wanting to lose the moment, I embraced her and gave it my all; right there on the kitchen
table.

Afterwards she said, "Thanks," and returned to the stove, her nightshirt still around her neck.

Happy, but a little puzzled, I asked, "What was that all about?"

She explained, "The egg timer's broken."
Posted by Coffeypot at 10:14 AM 9 comments: