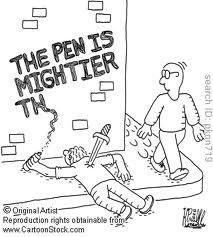 It’s not whether you win or lose, but how you place the blame.
We have enough “Youth.”  How about a “Fountain of Smart.”
A fool and his money…can throw one hell of a party.
When blonds have more fun, do they know it?
Learn from your parents mistakes; Use Birth Control.
Money isn’t everything, but it sure keeps the kids in touch.
If at first you don’t succeed, then shy diving isn’t for you.
Reality is only an illusion that occurs due to lack of alcohol.
We were born wet, naked, and hungry…then things go worse.
Red Meat is not bad for you.  Fuzzy Green Meat is bad for you.
Ninety-nine percent of the lawyers give the rest a bad name.
Xerox and Wurlitzer will merge to produce reproductive organs.
Artificial Intelligence is no match for Natural Stupidity.
The latest survey shows that three out of four people make up 75% of the population.
You know why a politician is like a banana?
They come in green, turn yellow and then they turn rotten.
I think politicians should wear uniforms like NASCAR drivers so we could identify their corporate sponsors.
The reason a politicians try so hard to get re-elected is that they would hate to have to make a living under the laws they pass.
Posted by Coffeypot at 7:42 PM