Peeps, it amazes me how anyone that is an American, a legal immigrant who sought freedom and the opportunities this country offers, or a visitor on an educational or work visa could help destroy a sought after way of life. But it is happening and it’s all due to the Obama administration. Never in the history of our country have we been so divided. And racism is ONLY introduced into any conversation or argument by the Left. With very few exceptions, the Right is only concerned with the problems of the country, and if they differ from the Left, then they are tagged as racist.

Obama has succeeded in increasing the divide between the races, religions and personal beliefs like no other President. He has reintroduce class warfare and isn’t even consistent in his own living compared to his words. He LIVES the word Entitlement. Even the blacks are seeing that the country is more important than the color of skin. They are following Dr. King’s call that men will be judged by their character and not by their color. And his devotion to anything Muslim and against anything related to Judio/Christian values is well publicized. Well…there is a call for some change in the Democratic Party. 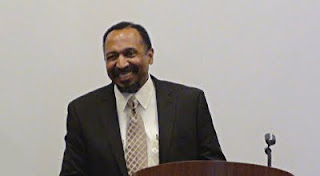 Jackson, a Marine Corps veteran, graduate of Harvard Law School and adjunct professor of law, is echoing the words of Moses in a campaign to persuade Christians of all races that the time has come for a wholesale exodus of Christians from the Democrat Party.

The former candidate for U.S. Senate in Virginia points to what he calls the Democrat party's “cult-like devotion” to abortion; the rejection of the traditional biblical model of family; the hostility hurled at those who express a Christian viewpoint such as Chick-fil-A president and Chief Operating Officer Dan Cathy; the actions of organizations such as the ACLU and the Foundation For Freedom From Religion in suing cities and towns for displaying crosses at memorials or mentioning the name Jesus in prayer at official events.

Beyond all of this, Jackson says, Democrat operatives are also attacking Gabrielle Douglas, the 16-year old black American who won the 2012 gold medal in gymnastics. “The accomplished young lady had the nerve to give glory to God for her win,” Jackson says. “This apparently offended liberals.”

Case in point: Mary Elizabeth Williams, journalist for the progressive online magazine Salon.com, wrote, “I've often wondered what it is about Christians like Douglas that unnerves me so ... Douglas and her ilk seem to espouse a faith based on what is commonly referred to as 'The God of Parking Spaces.'”

Jackson, founder and president of STAND (Staying True to America's National Destiny), responds: “Progressives are indeed 'unnerved' by devout Christians. That's why they resort to ridicule, even of a 16-year-old Olympic medal winner. Williams says we worship 'The God of Parking Spaces,' but I would prefer Gabby's God of grace and kindness to the leftist's god of ridicule and persecution. “Our Heavenly Father loves us and helps those who are humble enough to ask Him.”

Later this month when Democrats make same-sex marriage part of their official Party Platform, the former practicing attorney says they will be spitting in the face of every Bible-believing Christian in America: “They will be saying, 'We don't care what you think, what you believe, or what the Bible or the God of the Bible says. We know better than God.'”

We were told to have 'open minds' in the 80's. In the 90's we were told to 'accept differences'. Finally, our brains fell out until we have an opinion on EVERYTHING, just because it's our right to throttle whoever we don't agree with and consider EVERYTHING an affront.

If "LOGIC" and "COMMON SENSE" ran for election, no one would vote for them because we wouldn't be able to accept their policies.

Not every thing is cause for a letter to the editor, contacting the news, or making a lawsuit happen.

Burglars can sue you for shooting them inside your home. The Constitution was written only for the minorities, etc, etc.

Show me a person with the voice of reason, and I'll show you someone with a red laser target on his chest.

Did my rant make sense? I'm sure I offended someone out there.

lotta joy,
Your rant makes perfect sense to me!

Coffeypot, I'm sharing on FB and the blog!

I am totally with you on this Coffeey!

I don't know much about American politics ... I really don't ... but I know that ever since that load of tea hit the water, none of you have ever been satisfied with ANYTHING!!!

And it's ALWAYS those B@st@rds in the other party to blame.

I'm not casting stones here ... as I said, I don't know much about American politics ... but it is amusing to an outsider (me) to see all this Anti-Obama-pro-God stuff surfacing when people don't get their own way.

The 'big picture' is quite often forgotten when party spin-doctors start twisting the knife in the 'other guys' back.

Nothing personal folks ... just sayin', is all.

That 3% tax required by King George prior to the 'tea going overboard' incident sounds downright reasonable to me now.

Symdaddy, you are partially right. God is only part of the eqaution because the Left Liberal Media brings it up because that is all the have. Yes, the extreme Right is all about Bible thumping, but most of the right is for smaller, less evasive government and lower taxes. It IS NOT about the rich. But that is all the Left has to put into print or on the airways.

Anon, it was much more than the 3% tax. It was ALL the taxes, even a tax on paper, without so much as a representative that started the unrest.