The Art Of Rock Balancing


Michael Grab is an artist that has been 'rock balancing' since 2008.  Much of his recent work has been done around the Boulder, Colorado area.  Grab---yes, that's his real name---finds the process both spiritual and therapeutic.

"The most fundamental element of balancing in a physical sense is finding some kind of 'tripod' for the rock to stand on.  Every rock is covered in a variety of tiny to large indentations that can act as a tripod for the rock to stand upright, or in most orientations you can think of with other rocks.  By paying close attention to the feeling of the rocks, you will start to feel even the smallest clicks as the notches of the rocks in contact are moving over one another.
“Parallel to the physical element of finding tripods, the most fundamental non-physical element is harder to explain through words.  In a nutshell, I am referring to meditation, or finding a zero point or silence within yourself.
“Some balances can apply significant pressure on your mind and your patience.  The challenge is overcoming any doubt that may arise."

The author of this email goes on to state, “I was skeptical when first viewing these.  But, I've seen the work of other 'balancing' artists, including outdoor installations by Andy Goldsworthy, subject of the 2001 documentary film, Rivers and Tides.  As hard as it is to believe these examples photographed below are configured without support other than the rocks themselves, this is the case.” 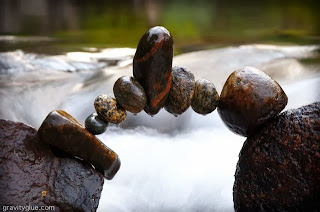 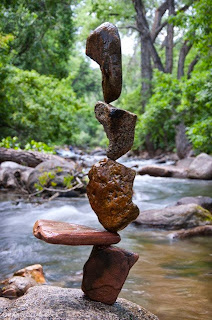 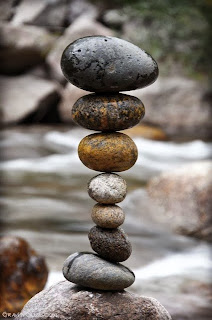 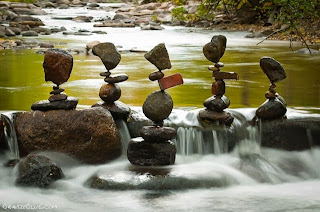 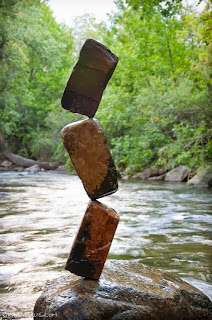 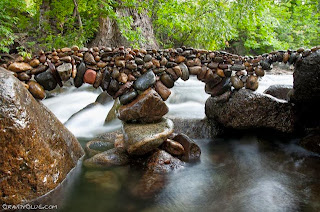 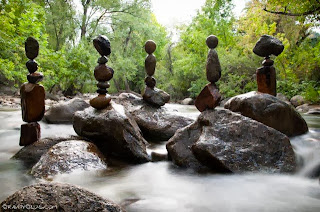 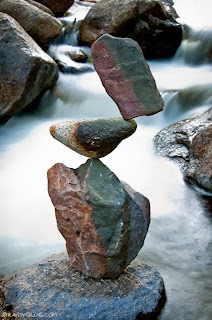 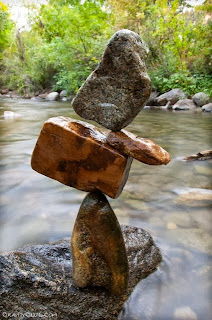 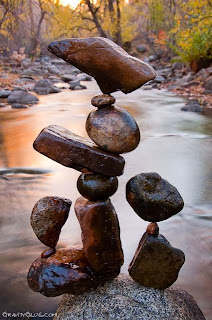 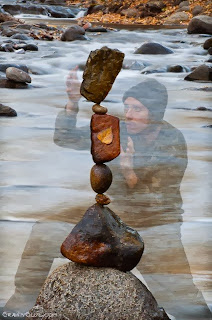 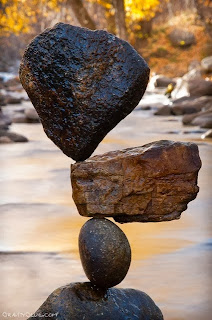 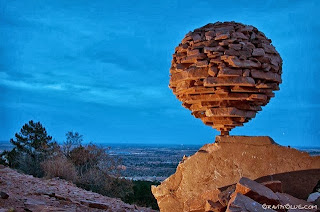 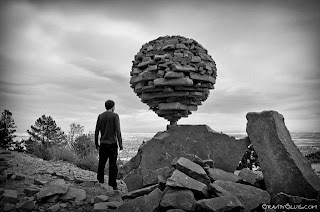 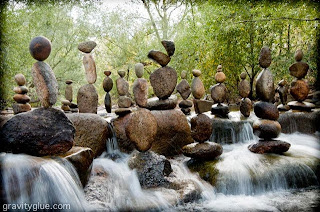 Cool, huh?  But you know me, Peeps.  I am skeptical (though I was raised Baptist).   I see this and two words pop into mind… Super Glue!

Why?  Because what do I know about art and physics and laws of nature and balance and, well, anything?

I've learned to be skeptical, but rocks are heavy and there is no way he would know ahead of time where to "sit" those huge rocks on the very top.

No way. I stand my ground. Put yer dukes up. I'd have to see it happening to believe it.

Is it reality or trickery. I can see both sides. I do love where large flat rocks are stacked one above the other. I see that as beauty and also.....believable.

Amazing! I want to believe.

My neighbors will know for sure that I'm crazy when they see me out back trying to stack up rocks. Come on, people, don't you want to try it?

The two words that came to my mind were photo shopped. Maybe that's technically one word.