Leave It To A Salior 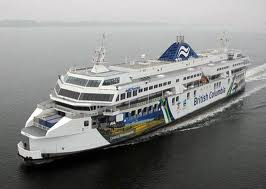 A beautiful young woman was so depressed that she decided to end her life by throwing herself into the ocean. But just before she could throw herself from the docks, a handsome young man stopped her.

"You have so much to live for," he pleaded.

"Look, I'm a sailor, and we're off to Europe tomorrow, and I can stow you away on my ship. I'll take care of you, bring you food every day, and keep you happy."

With nothing to lose, combined with the fact that she had always wanted to go to Europe, the woman accepted.

That night the sailor brought her aboard and hid her in a lifeboat. From then on, every night he would bring her three sandwiches and make love to her until dawn.

Three weeks later she was discovered by the captain during a routine inspection.

"What are you doing here?" asked the captain.

"I have an arrangement with one of the sailors," she replied. "He brings food and I get a free trip to Europe."

"He certainly is," replied the captain. "This is the Staten Island Ferry.”
.
.
Posted by Coffeypot at 10:42 PM

Bwahahahaha! That was funny!!!

There's a variation of this one where the woman went on a cruise ship and was convinced by the captain that if she didn't accommodate his needs the ship would be scrapped. She said she saved 1500 lives three times last night!