An Elderly Man Gets Screwed For His Birthday 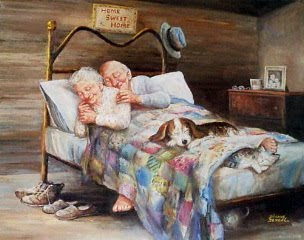 Your lesson for today…

On his 74th birthday, a man got a gift certificate from his wife. The certificate paid for a visit to a Medicine Man living on a nearby reservation who was rumored to have a wonderful cure for erectile dysfunction.

After being persuaded, he drove to the reservation, handed his ticket to the medicine man, and wondered what he was in for. The old man slowly, methodically produced a potion, handed it to him, and with a grip on his shoulder, warned, "This is a powerful medicine, and it must be respected. You take only a teaspoonful, and then say '1-2-3.' When you do that, you will become more manly than you have ever been in your life, and you can perform as long as you want."

The man was encouraged. As he walked away, he turned and asked, "How do I stop the medicine from working?"

"Your partner must say '1-2-3-4,'" he responded, "but when she does, the medicine will not work again until the next full moon."

He was very eager to see if it worked so he went home, showered, shaved, took a spoonful of the medicine, and then invited his wife to join him in the bedroom.

Immediately, he was the manliest of men.

His wife was excited and began throwing off her clothes, and then she asked, "But what was the 1-2-3 for?"

And that, boys and girls and peeps, is why we should never end our sentences with a preposition, because we could end up with a dangling participle.
.
.
Posted by Coffeypot at 10:04 AM

I don't know who I feel more sorry for, the man or the woman?

thank you for the lesson in usage :)
~AM

Oh man John, this was one of your best yet. Love it.

Can you really call it "dangling" with ou little thing?

Guess a thank u is in order here huh?

Was even funny the second time !!!