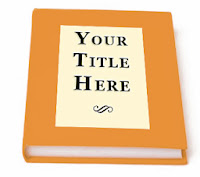 BACHELOR:
A guy who has avoided the opportunity to make some woman miserable.

Bride:
A woman with a fine prospect of happiness behind her.

COMPROMISE:
An amiable arrangement between husband and wife whereby they agree to let her have her own way.

DIPLOMAT:
A man who can convince his wife she would look fat in a fur coat.

GENTLEMAN:
A husband who steadies the stepladder so his wife will not fall while she paints the ceiling.
Or
A man who, when his wife drops her knitting, kicks it over to her so she can easily pick it up.

HOUSEWORK:
What the wife does that nobody notices until she doesn’t do it.

HUSBAND:
A man who gives up privileges he never realized he had.

JOINT BANK ACCOUNT:
A handy little device which permits eh wife to beat the husband to the draw.

LOVE:
An obsessive delusion that is cured by marriage.

MISS:
A title with which we brand unmarried women to indicate that they are in the market.

MISTRESS:
Something between a mister and a mattress.

MOTHER-IN-LAW:
A woman who destroys her son-in-law’s peace of mind by giving him a piece of hers.

SPOUSE:
Someone who will stand by you through all the troubles you wouldn’t gave had if you’d stayed single in the first place.

Posted by Coffeypot at 4:42 PM

Pretty much all true... sigh

I don't see mine up there. Is there one for a married woman who gets upset when she honestly NEEDS clothes but would rather shop at Lowes for a new drill?